The Fangirly Diary of a Geek Girl: Weekly comics on your TV. Part II!

Greetings, my fellow geeks! Yes, there wasn’t much creativity with the title but the comicbook TV series are still pumping info! Besides that we have lots of rumors, and comicbook movie news! Also some stuff about Star Wars and Harry Potter, kinda. Here’s how the week started: 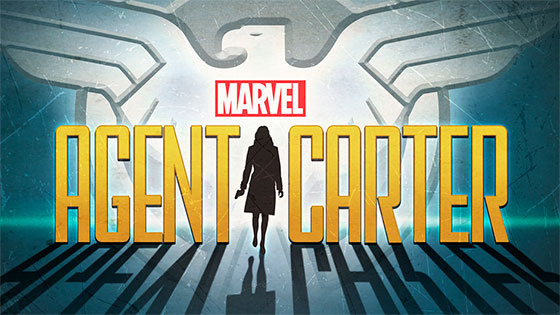 And here’s a synopsis:

It’s 1946, and peace has dealt Peggy Carter a serious blow as she finds herself marginalized when the men return home from fighting abroad. Working for the covert SSR (Strategic Scientific Reserve), Peggy must balance doing administrative work and going on secret missions for Howard Stark all while trying to navigate life as a single woman in America, in the wake of losing the love of her life–Steve Rogers.

Remember how Sigourney Weaver died in Avatar? Yeah, she will be back for the sequels. Don’t ask me how, I don’t know and she won’t tell! This is what she did say:

It will be challenging for me. I can’t talk about it, but my part is a little different in each one. I’ll transform somewhat. […] It’s going to be an adventure! It will be awesome. I can’t even imagine what I am taking on — and what James Cameron is taking on — with filming three Avatars at once, but …Peter Jackson did it with the Hobbit films, so we have that to look to.

Apparently, Guillermo del Toro’s Crimson Peak‘s principal photography is over and done with, or at least over enough for the cast and crew to throw a wrap party! It even had mariachis! 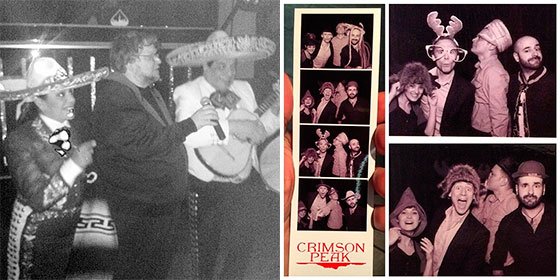 Harry Potter is going to the West End as I mentioned some time ago. Now, we know more details about the stage production. According to The Daily Mail, it will be about Harry Potter’s early years as a orphan and an outcast. Yay, fun times with the Dursleys! Also, it will explore the lives of Harry Potter’s parents before they were killed by Voldemort. With luck, English and other lucky people will get to watch it in a London theatre by late next year.

Remember The Lizzie Bennet Diaries? Yes, the web series of Pride and Prejudice, that is basically Elizabeth Bennet’s YouTube Channel~ Hence the title. Well, the guys at  Pemberley Digital has joined forces with PBS Digital Studios to create Frankenstein M.D., a web series adaptation of Frankenstein. But we will get Victoria Frankenstein, “an obsessive, eccentric prodigy determined to prove herself in the male-dominated fields of science and medicine”. F*ck yeah, Rule 63!

Here’s the first official trailer for Constantine in NBC. My veredict? It doesn’t suck! Like at all!

Also, we get Cory Michael Smith, Victoria Cartagena and Andrew Stewart-Jones as regulars in Gotham! Who are they, you ask? I have no idea but they are playing important/awesome characters of the Batman universe like Edward Nygma (a.k.a. The Riddler!), and Crispus Allen and Renee Montoya (from comic series Gotham Central!)

On sucky (or maybe good?) news, X-Men and Fantastic Four are totally not part of a shared Marvel Fox universe, says X-Men: Days of Future Past screenwriter Simon Kinberg, who will also work on the Fantastic Four reboot.

None of the X-Men movies have acknowledged the notion of a sort of superhero team — the Fantastic Four. And the Fantastic Four acquire powers, so for them to live in a world where mutants are prevalent is kind of complicated, because you’re like, “Oh, you’re just a mutant.” Like, “What’s so fantastic about you?”