Here are the official (& pretty & stylized) NYCC posters for the Marvel TV properties Jessica Jones, Runaways, Cloak and Dagger and Agents of SHIELD! Yes, they are in order of interest~

The Gifted premiered with a good episode and afterwards we had NOT an episode promo, but an extended sneak preview for the rest of the season! Good call, Fox!

Check out the book cover of Justice League: The Art Of The Film, and hey the whole team is there! Even Superman! It will be released on November 21st, four days after Justice League hits theaters. So yep, no spoilers! 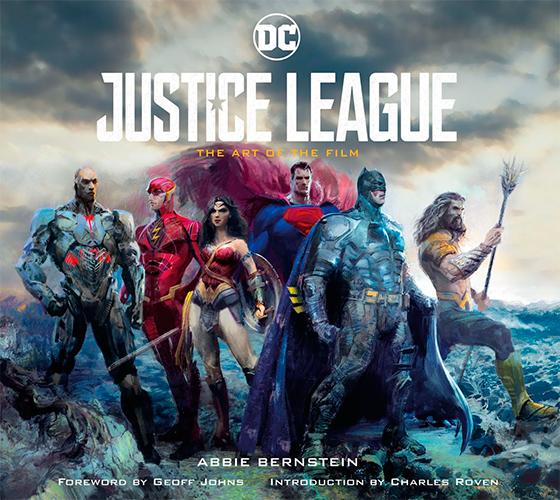 Pacific Rim: Uprising got an updated (and long) synopsis, and hey it’s been confirmed that Rinko Kikuchi returns as Mako Mori… and it seems Mako Mori and Jake Pentecost aren’t the closest of siblings. Here’s the relevant part:

John Boyega stars as the rebellious Jake Pentecost, a once-promising Jaeger pilot whose legendary father gave his life to secure humanity’s victory against the monstrous “Kaiju.” Jake has since abandoned his training only to become caught up in a criminal underworld. But when an even more unstoppable threat is unleashed to tear through our cities and bring the world to its knees, he is given one last chance to live up to his father’s legacy by his estranged sister, Mako Mori —who is leading a brave new generation of pilots that have grown up in the shadow of war. As they seek justice for the fallen, their only hope is to unite together in a global uprising against the forces of extinction.

Kate Winslet is reuniting with Titanic director James Cameron for the upcoming Avatar sequels. She will play a character named Ronal, and that’s all we know for now. No word on how many of the sequels she will appear in. Production for Avatar 2 finally began last week and is currently scheduled for release on December 18, 2020.

Empire shared their Justice League newsstand cover, and yeah I liked the subscribers’ one more. Justice League cast talked about how they learned that Zack Snyder couldn’t direct the film anymore and what they felt about Joss Whedon taking on the direction. Here are Ben Affleck’s words:

I didn’t sense that we were moving towards something that felt like The Avengers. Joss is more than just an Avengers director. He’s a good storyteller, full stop. In mid-stream, Joss got on and part of what interested him was the puzzle aspect of it, fitting in pieces that weren’t there yet. He put the rest of the pieces in and gave it his own imprimatur. Joss came in and walked a very fine line between Zack’s sensibility, tone, and direction. We found a really fun and inspiring synthesis of their two forms of storytelling. I was so glad everyone showed up to work for Zack. 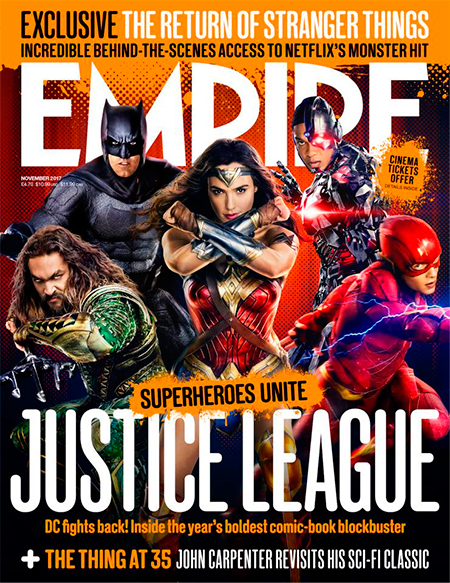