Greetings, fellow fangirls and fanboys! This past week we had the first full trailer of Star Wars: The Last Jedi and it was amazing! Also, some trailer from NYCC, and all the good stuff people have been saying about Thor: Ragnarok. Here’s how the week started!

Nickelodeon unveiled the first trailer for Hey Arnold! The Jungle Movie… and then unveiled another one, this time with a narrator! I liked them even if I feel they reveal too much though! The TV movie will premiere as a simulcast on Nickelodeon, TeenNick and Nicktoons on November 24th (the day after Thanksgiving).

Here’s a sneak peak of the Constantine animated series from NYCC, where the titular character is doing some good old demon-hunting!

Hulu released the first teaser of Castle Rock, a collaboration between Stephen King and J.J Abrams. This psychological horror sreies, set in the fictional town of Castle Rock Maine, will apparently include references to other King stories like Rita Hayworth and The Shawshank Redemption, It, The Green Mile among others. The show will have 10 episode for this first season and will be released next year.

Here’s the intense and quite red Star Wars: The Last Jedi poster released ahead of its AMAZING trailer. And hey, Leia is front and center where she belongs. 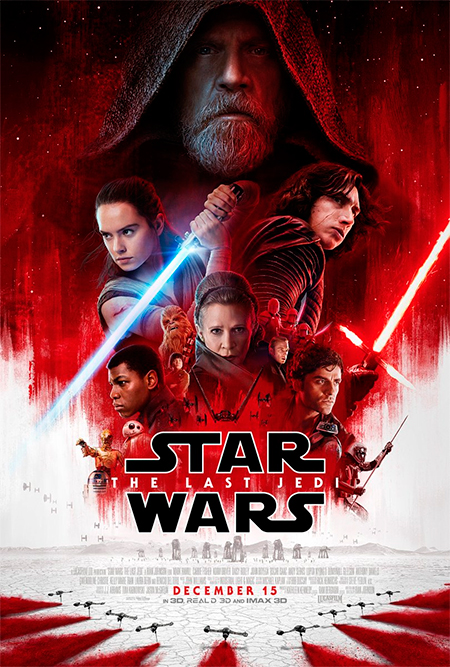 In more Disney films that I eagerly await news, lucky bastards have already seen Thor: Ragnarok and now we have mostly good reactions about how damn fun the movie is, which I appreciate, and how Tessa Thompson and Jeff Goldblum steals the show, which I doubly appreacite. Also, here’s a clip that depicts the film’s humor! I think Loki’s face at the end sells it all, even you are the kind of person who hates fun:

Welp, you know that new Halloween movie we are getting next year where Jamie Lee Curtis will reprise her role of Laurie Strode, while Judy Greer is in talks to play Laurie’s daughter, Karen Strode? John Carpenter said it disregards everything past the original film! That would mean Laurie Strode ain’t the sister of Michael Myers, right?

It’s kind of a… I don’t know how to describe it. It’s almost an alternative reality. It picks up after the first one and it pretends that none of the others were made. It’s gonna be fun. There’s a really talented director and it was well-written. I’m impressed.

Will Smith and Tom Holland will be voice acting in Spies In Disguise. It’s a buddy comedy set in the secret agent world, where Will Smith is Lance Sterling, “the world’s most awesome spy“; and Tom Holland is Walter, “the scientific genius who invents the gadgets Lance uses on his missions”. Yes, they are James Bond and Q. The animated film is based on the short animated film Pigeon: Impossible. 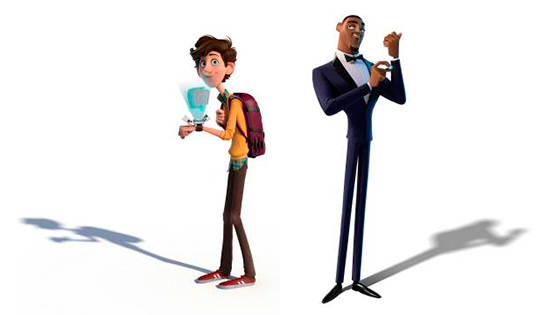