Here’s the traile of HBO’s Sesame Street! Yes, HBO. The new 30-minute format for season 46 (wow!) launches on that network on January 16, 2016! And I expect it will hardly have any nudity!

That show is included in this list of geek-related TV shows that make their second-half returns, season premieres and series debuts. It starts with Sherlock: The Abominable Bride on January 1st and ends with Game of Thrones, whose Season 6 will premiere somewhen in April!

According to the Russo brothers, we fans won’t be disappointed in “the scale” or “number of characters” appearing in the Avengers: Infinity War movies. Basically, “it’s the culmination of 20 movies, and so 20 films of storytelling will intersect in those movies”.

Hot Toys revealed a new Star Wars: The Force Awakens figure based on Finn, a.k.a. Finnamon Roll, played by John Boyega. But hey, this is a collector’s SET, and it includes that baton-wielding First Order Riot Control Stormtrooper, lovingly called TR-8R by the fandom~ 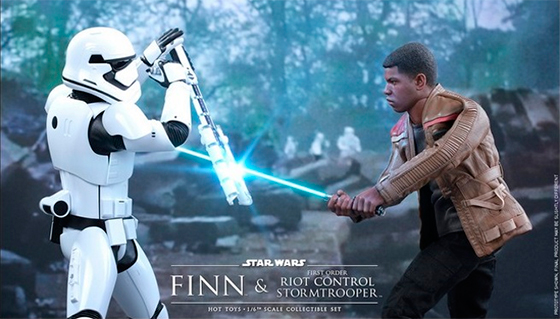 Box Office News! Star Wars: The Force Awakens made Christmas history with $49.3 million, which is way higher than the $24.6 million opening of previous holder Sherlock Holmes on December 25, 2009! The movie also officially passed the passed $800 million worldwide thanks to that.

In other box office news, The Hunger Games: Mockingjay – Part 2 is still doing fine, considering the hit it (and every other movie) took after Star Wars made its appareance. The film has just reached $600 million mark globally. And considering it had a budget of $160 million, well that’s not bad at all!

After the #12DaysofDeadpool (which you can watch in its entirety here), we finally got the new Deadpool trailer. And of course, a Trailer Breakdown, courtesy of Empire Magazine, with director Tim Miller and producer Simon Kinberg. They explain many things, like the look of “pre-post apocalyptic Detroit”, Deadpool’s weapons, his “Christmas hitlist”, the other characters (the superpowered and the non), the slight gore and of course, what’s up with Negasonic Teenage Warhead. Those ain’t her comicbook powers!

Her power, I mean, we chose her because we wanted a trainee for Colossus in the film and the writers and I just fell in love with her name. It’s just so out there and so Deadpool and it was Grant Morrison who named her, so we knew we had to get her in there. And then we thought, well, we’re going to need to make her powers fit with who she feels like she is in the movie and so to me it’s just like other characters in the Marvel universe, like Nitro, for instance, whose power is to just explode parts of their body. But we did try to do it so that it wasn’t just a simple, ‘oh, I can explode’, she can transfer the force of the explosion down so she can move upwards – she can put it into a punch if she wanted to.

–
And that’s it for the week. Before I go, I want to wish Happy Birthday to Jake Gyllenhaal, Steven Yeun, Jane Fonda, Samuel L. Jackson, Ralph Fiennes and Annie Lennox! 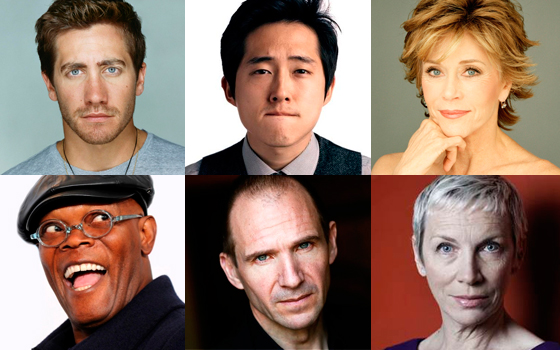