Greetings, fellow fangirls and fanboys! This week is still Star Wars week! Also, Christmas, but who’s checking for that? But most importantly, habemus casting for Harry Potter and the Cursed Child! Besides that new trailers, comicbook news and franchises that won’t give up! Here’s how the week started:

Now we are in SPOILER territory. Here’s J.J. Abrams’ reason as to why Kylo Ren turned to the Dark Side (basically he was Darth Vader’s Number One Fan):

Kylo Ren idolizes Darth Vader, not Anakin Skywalker. He idolizes what Vader represents and what Vader was trying to do. The idea that Vader didn’t succeed, if you look at it from Ren’s point of view, he was seduced by the enemy and failed because of that seduction. So the idea is that Ren wants to complete the thing that Vader started….The story for him is one of conflict — not just external conflict, but internal conflict, and it’s what makes him, I think, an interesting villain.

On not Star Wars news, Krysten Ritter comments on how her slightly misanthropic Jessica Jones will team up with the other Defenders for the Netflix series we will get eventually:

Marvel and Netflix have proven they know what they’re doing. But it will be interesting to see how Jessica Jones fits in with those other guys because she doesn’t want to be a superhero. She doesn’t want anything to do with that. I have no idea how she’s going to be forced to team up with all of them. […] She has these powers and this innate goodness in her whether she likes it or not. So she’ll be a really valuable asset to the team. She has super strength. She can fly. Those things come in handy.

What all Naruto fans expected has been confirmed, Kishimoto will write and draw a Boruto one-shot manga, featuring the son of Naruto, and supervise a new Boruto series written by Ukyō Kodachi (Boruto: Naruto the Movie) and drawn by Naruto assistant Mikio Ikemoto. Well, keep that money maker franchise dude! You are set for life! 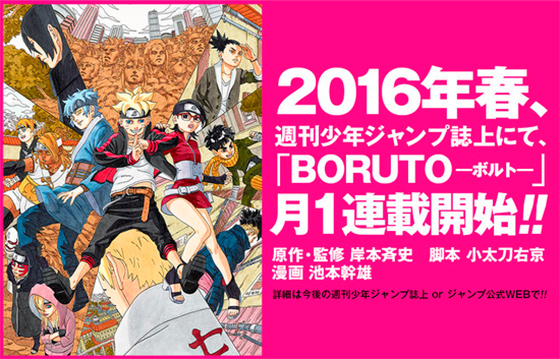 Here’s the cast fo adult Harry, Ron and Hermione for the upcoming Harry Potter and the Cursed Child plays. Which I won’t get to see, unless they plan to record the play and show them at cinemas of course. Here are Jamie Parker (Harry), Noma Dumezweni (Hermione) and Paul Thornley (Ron), courtesy of Pottermore: 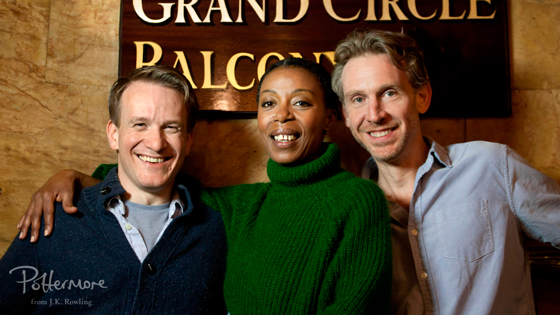 As you can imagine, because some people are asshats, everybody wasn’t happy with having a black actress play Hermione, but J.K. Rowling was quick to shut down the whiners on Twitter:

Back to Star Wars: The Force Awakens, now that the movie is out, fans decided to compare it to fanfics, I mean old “Expanded Universe” now called “Legends”. Like the kids (yes, plural) Han and Leia had, and the son (yes, son) Luke had.

And continuing with J.J. Abrams explaining things, here’s one about R2-D2’s closing scene in the film, as in he suddenly having his own “awakening” after being in low power mode for ages. Basically it was “emotional storytelling utility”:

While it may seem, you know, completely lucky and an easy way out, at that point in the movie, when you’ve lost a person, desperately, and somebody you hopefully care about is unconscious, you want someone to return.