Let’s talk about the other big space franchise: Star Trek! Next year will be its 50th anniversary! And the preparations have already begun. Sure, we will have Star Trek Beyond in July, but there will also be a massive convention in Las Vegas in August, William Shatner will set sail as host of the first official Star Trek cruise by January of 2017, and a new series on the way. And now we will get never-before-seen Star Trek photos with the initiative called “The 366 Project”, which will show one image each day beginning in 2016. As the name suggests, there will be 366 pieces, and EW showed three of them: a photo of an old storyboard, a glimpse at young Leonard Nimoy in the makeup chair, and a page featuring the first draft of Star Trek‘s well-known opening monologue. 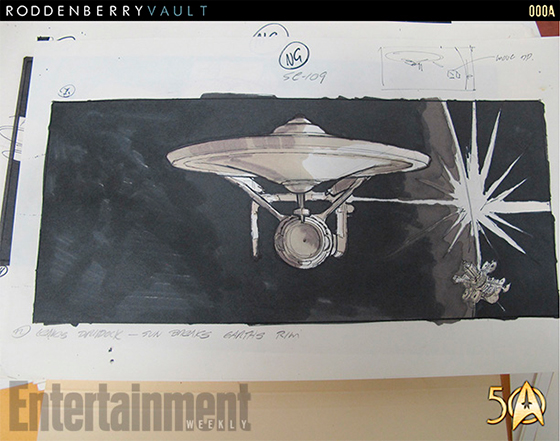 Now back to the scheduled J.J. Abrams explains Star Wars: The Force Awakens articles… why didn’t all the scenes from the trailer end up in the film? Like the part where it seems Maz Kanata hands Luke’s lightsaber to General Organa?

That was a scene actually filmed, but we took out. At one point, Maz used to continue along with the characters back to the Resistance base, but we realized that she really had nothing to do there of value, except to be sitting around. Lupita did film scenes on set for that sequence, but it felt unnecessary. So we ended up leaving those things out.

And his reason for Kylo Ren doing the thing that made everyone hate him forever? J.J. Abrams explains:

Star Wars had the greatest villain in cinema history. So, how you bring a new villain into that world is a very tricky thing. We knew we needed to do something f—king bold. The only reason why Kylo Ren has any hope of being a worthy successor is because we lose one of the most beloved characters.

Marvel announced an ongoing Gwenpool series called The Unbelievable Gwenpool! BTW, despite the name, this ain’t about Gwen Stacy but Gwen Poole! Here’s what writer Christopher Hastings has to say about her:

Her whole deal is, she’s from the world that she claims to be — some sort of ‘real world’ — and knows of the Marvel universe as a fictional one. 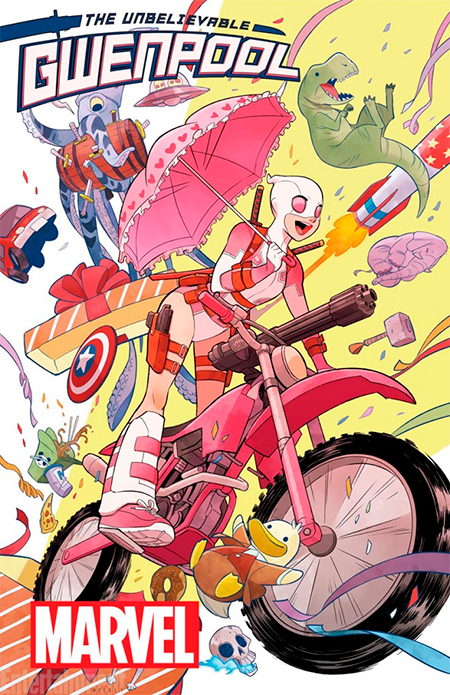 As with many popular (or hopefully popular) movies, Star Wars: The Force Awakens has a novelization; and as it is usual with those, there are some things there that didn’t appear in the movie. Here are some of them from two different sources! Obviously, those are VERY SPOILERY! So read at your own risk!

This could be my final year – it’s terrifying. I love Doctor Who but it can be quite an insular world and I do want to do other things. There will come a time when this is over. But I knew that when I started. I was thinking about my regeneration scene from the outset. That’s my terrible melancholic nature. When you accept the job you know there’ll come a day, inevitably, when you’ll be saying goodbye.

Remember that Schwarzenegger movie Kindergarten Cop? Here are some stills of the sequel with Dolph Lundgren! And why do I care? I liked that ridiculous movie, and I happen to like Dolph Lundgren too, ok?! Don’t judge me! 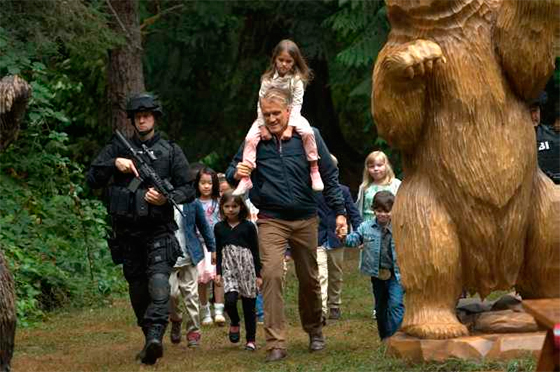