The Fangirly Diary of a Geek Girl: Pokémon in the Real World!

Mission: Impossible – Rogue Nation crossed the $500 million mark worldwide. Once more, I’ve got to thank China, for the movie got the biggest opening day for a 2D Hollywood release ever. Yes, a day may come when I forgive China for Transformers: Age of Extinction‘s box office, but it is not this day.

Here’s the first look of Matt Damon as the returning Jason Bourne in the still untitled fifth Bourne film. 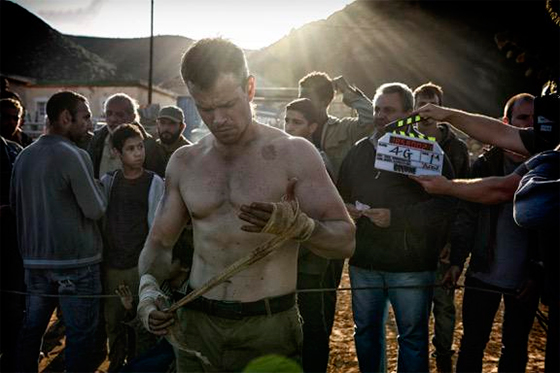 So Christopher Nolan will direct a yet untitled film for Warner Bros that will see a Summer 2017 release. Nothing else is known and everybody is loosing their shit already.

TV Line released new stills and plot details from over 50 fall premieres for their, well, Fall TV preview. Of the series I care about are: Agents of S.H.I.E.L.D., Gotham and Sleepy Hollow~ 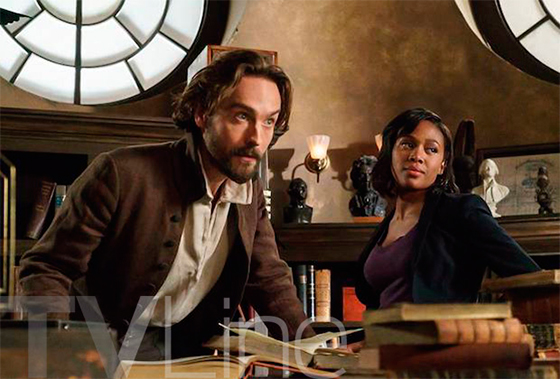 Preacher will premiere on AMC in March 2016. Seth Roger, who developed the adaptation of Garth Ennis’ Vertigo Comics series, revealed the first piece of promotion, a nice enough poster: 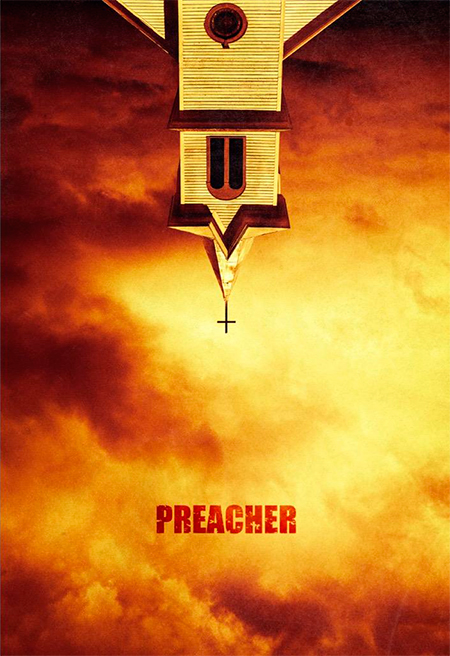 While Chris Evans doesn’t agree with Spielberg’s opinion of the future of the superhero movies, Zack Snyder feels that Spielberg “may not be wrong”~

I think it puts more pressure on us, the filmmakers, to not just crank out superhero movies for the sake of it. To me, the one thing I love working in the DC universe is that Superman and Batman and Wonder Woman are American mythology. It’s not about making a superhero, it’s a mythological universe that we live in. That I hope stands the test of time. They stood the test of time. That’s hopefully the sort of magic bullet. But who knows what audiences will want in the future.

Batman Day, the now annual event that honors the iconic superhero, is back on September 26th! To mark the occasion, free copies of Batman Endgame: Special Edition #1 will be given away, and at some physical and digital retailers there will even be exclusive covers. Here are two of the covers that will be available at Bestbuy and for download on iTunes: 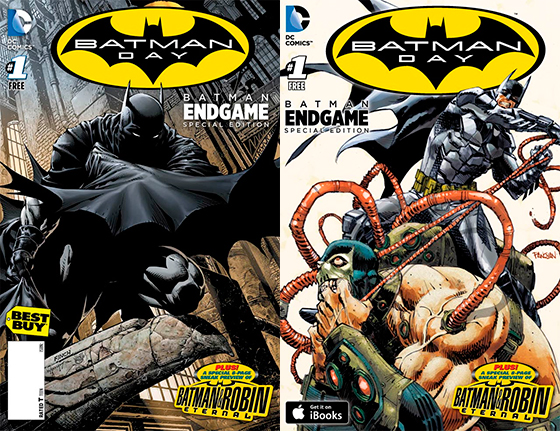 New York Comic Con is getting near, and Warner Bros TV is brinbing their shows to it. Shows like Gotham, Supergirl and Legends Of Tomorrow, among others.

Hayley Atwell had a Q&A session at Fan Expo Canada, where she talked about Agent Carter, and what we could expect for Season Two, including workplace obstacles, relationships, and the dubsmash war with Agents of S.H.I.E.L.D.~

I started Dubsmashing backstage at cons just to pass the time […] Then, of course, I showed James D’Arcy, who plays Jarvis, and we were having fun at San Diego Comic-Con. Then, Chloe [Bennet] and Clark [Gregg] were like, ‘What are you guys doing?’ We’re like, ‘We’re just being awesomely great.’ They were like, ‘Oh, yeah. We can do that.’ Then, it just got a little competitive and then it got really competitive. Now, it’s to the death. It’s for a good cause

Marvel Entertainment will regale us, provided we actually buy it of course, the Guidebook to the Marvel Cinematic Universe series, which will dive into the Marvel Studios films and Marvel Television series and explore their origins in the pages of Marvel Comics. We get “fast facts”, movie-to-comic comparisons, and production stills; and it’s perfect for those of us who love watched the Blu-ray special features. It will start with Guidebook to the Marvel Cinematic Universe: Marvel’s Iron Man, obviously about the film that launched the MCU~ 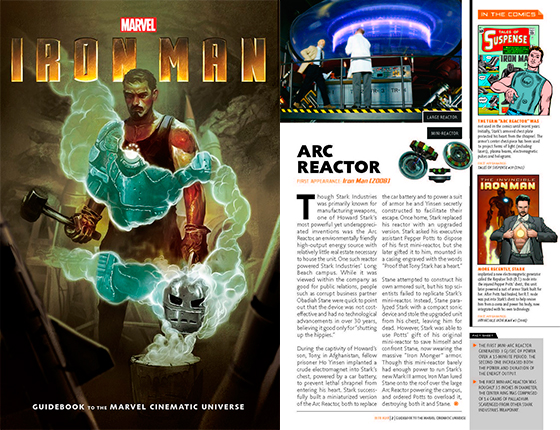