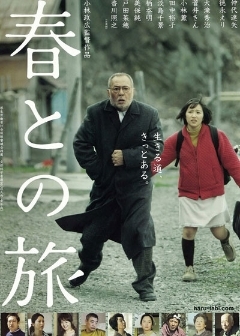 Unlike most viewers, I didn’t fall in love with Nakadai Tatsuya right away. He is someone I have warmed up to over the years. Perhaps I saw the wrong films initially, at least when it came to his performances/roles. Nakadai looked out of his depth against Takamine Hideko in When a Woman Ascends the Stairs (1960); couldn’t properly grasp the negative shades of his character in Black River (1957); seemed far too young, and thus awkward, in Harakiri (1962), where, at age 30, he played a grandpa and the father to a 21-year-old Iwashita Shima (the best performance in that film belongs to Mikuni Rentaro, one of the finest actors of his generation).

Yet, as many are aware, Nakadai is terrific in a number of other films from the period: The Human Condition trilogy (1959-1961) (the film that made him a star), Conflagration (1958), The Face of Another (1966), Hitokiri (1969), Immortal Love (1961) (where he more than matches up to Takamine). Although he remains best known for his work with Kurosawa Akira, Nakadai also shared long and fruitful collaborations with Kobayashi Masaki, Ichikawa Kon, and Gosha Hideo. While going through his filmography, I was a little surprised to discover that, during a brief seven-year period, he also ended up appearing in five films by Naruse Mikio.

During the making of the aforementioned When a Woman Ascends the Stairs, Takamine used to tell Nakadai, “There’s no need to open your eyes so wide.” But those large, vulnerable, expressive eyes have always been one of his best assets, complicating even his most cantankerous characters, which happens to be the case in Kobayashi Masahiro’s intimate and quietly affecting Haru’s Journey (Haru tono Tabi).

It’s a great, knowing performance by the then 77-year-old Nakadai, who plays Tadao, a failed herring fisherman whose selfish and ill-tempered nature eventually becomes overburdening for his teenage granddaughter, Haru (Tokunaga), who had been taking care of him since her mother committed suicide five years ago and now wants to go to Tokyo for better prospects. The film opens with a partially disabled Tadao storming out of their beachfront shack in Hokkaido, which we later discover was due to Haru’s objection to him relying solely on her. Essentially a road-movie, it then sees the duo visiting Tadao’s four distant siblings to find out if one of them will take him in.

The name Tokyo Story (1953) might just flash in the minds of a few readers at this point, and rightly so. Kobayashi even introduces a Noriko-like character late in the film (unfortunately, it is perhaps the only false note in this movie). Nevertheless, as Ozu soberly acknowledged in his masterpiece, one that seems to be becoming more severe by every passing year, blood ties mean little, and Tadao becomes aware of this reality from his siblings who not only don’t care about his well-being but consider him far too eccentric, spoiled, and egotistical for his own good.

Kobayashi reinforces the divide both through his visuals and through his editing techniques. During the first visit, to the suburban home of Tadao’s equally indignant elder brother (Otaki), Kobayashi captures them in a long shot from outside with a wood house beam between them. In a later sojourn, to the inn owned by Tadao’s self-made elder sister, he places the siblings diagonally across a table and cuts between them in a manner that makes them appear spatially distinct from each other.

The sister is played by another talented (and handsome) Golden-Age actor, Awashima Chikage, who appeared in such fine films as Early Summer (1951), Early Spring (1956), and Summer Clouds (1958). At the end of the visit, Tadao tells her that this is most likely the last time they are together. He turns out to be right. That moment also marks the final time Awashima is seen onscreen as she passed away in 2012 at the age of 87.

Haru’s Journey also features cameos by such accomplished actors as Tanaka Yuko (who plays the common-law wife of Tadao’s incarcerated younger brother), Emoto Akira (another irascible elder brother whose real estate business has struggled due to the flailing economy) and Kagawa Teruyuki (Haru’s estranged father). Although on the whole the film is less politically motivated, not to mention less aesthetically rigorous, than Kobayashi’s 2005 Bashing, he manages to reflect on a number of concerns facing Japanese society through his various characters, most notably the plight of Japan’s rapidly aging population (by 2050, roughly 40% of the population will be over the age of 65).

Despite being a well-known commodity on the European festival circuit for many years, Kobayashi was largely neglected at home until this relatively more agreeable effort (Sakuma Junpei’s conventional score helps soften the film’s edges). Here, he also has the services of the great Nakadai, who helps make the film appear both simple and complex at the same time.