Greetings, my fellow geeks! While this week started slow like the ones before, midway there it suddenly sped up! News are getting back on track for 2014! Moffat is giving us many things about Sherlock and Doctor Who, and Marvel also has had a lot to share! This is how the week started: 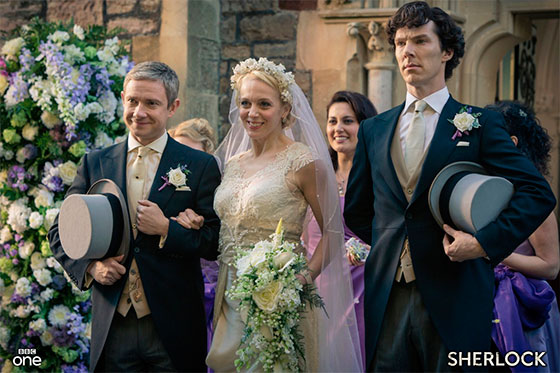 BBCOne’s Tumblr sure is delivering all that Sherlock (and Doctor Who) goodness! Also, is it me or that pic just looks like a three-way wedding?

Also sharing these unused pieces of concep art from Thor: The Dark World because that Frost Giant and that Valkyrie in the winged horse look awesome! 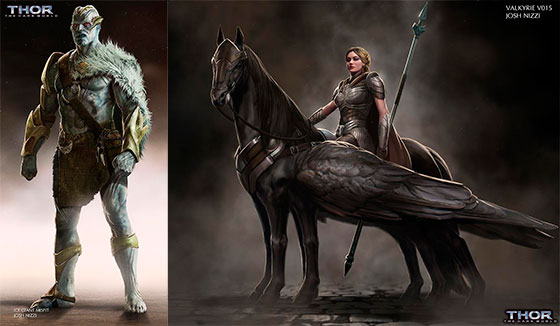 Sherlock series 3 episode 2, “The Sign of Three”, was awesome, but so fanservicy. Not that you’ll hear me complain! Here’s the trailer of episode 3 “His Last Bow”, where Lars Mikkelsen appears as Charles Augustus Magnussen.

A case of stolen letters leads Sherlock Holmes into a long conflict with Charles Augustus Magnussen, the Napoleon of blackmail, and the one man he truly hates. But how do you tackle a foe who knows the personal weakness of every person of importance in the Western world?

Also, The Personal Blog of Dr. John H. Watson has been updated with stuff that are relevant to the latest episodes, starting with John’s post about Sherlock’s comeback [1], as well as many cases referenced on “The Sign of Three” [2] [3] [4] [5] [6], and a case where Mary also participated and gives some insights on Sherlock’s view about the upcoming nuptials… at least from John’s POV [7].

Looks like The Avengers: Age of Ultron would also be shooting in South Africa! Besides headquarters/principal photography at UK, that is. You know what that means? Possible T’Challa a.k.a. Black Panther, bitches! I mean, sure it can be just a small refernces and, of course, nothing written in stone, but a girl can dream! Also, Jeremy Renner has confirmed that he’s got his copy of the script too!

Stephen McFeely, co-writer of both Captain America movies (the one we saw and the one we will see), talked to Empire Magazine about what they wanted in Captain America: The Winter Soldier, and how to make Steve Rogers fit in:

We went down a bunch of roads and kept coming back to this idea of a conspiracy movie. It’s what’s going to get the most out of the moral dilemma for the character. How does he fit in? How does he see where we’ve ended up? He hasn’t experienced everything we’ve gone through to get to this point, where agendas are now really murky.

Chris Evans, who also talked to Empire Magazine, agrees with the take on the movie:

The [Russo] brothers said right from the start that we were really doing a ’70s thriller. And I think just Cap’s abilities mesh well with that kind of genre. I mean, his powers are very meat and potatoes. Faster. Stronger. Punch. Kick. That works with those types of movies. It would be more difficult to put, say, Hulk in that kind of context.

A final thing on the Marvel side of things! Edgar Wright is a tease and hinted possible Ant-Man plot showing a pic of my beloved Avengers: Earth’s Mightiest Heroes‘ episode “To Steal An Ant-Man”. For those unaware, it’s the episode where Scott Lang takes on the mantle of Ant-Man from Hank Pym after some unsavory going-ons~ Well, Kevin Feige did say that Wright originally pitched Ant-Man as a “heist movie.” Well, it’s the most logical choice now that Pym won’t create Ultron in the MCU. 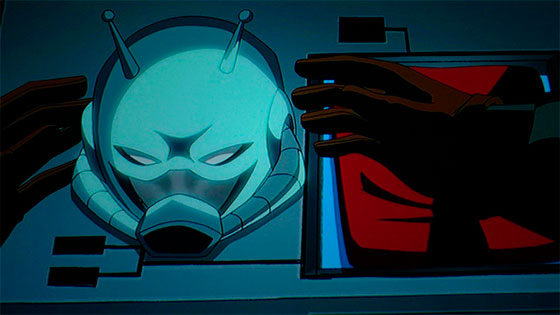 Now, for Box Office news! But only the movies I care about who are doing their rounds around the world~ The Hobbit: The Desolation of Smaug has made a global tally of $756 millions, which makes it the #5 grossing film of 2013! Also, on world-wide numbers, Gravity have just passed Man of Steel with $669M to $668! Damn, that’s awesome! Frozen is back to number one spot on US and has reached  a 639.9 world-wide! And The Hunger Games: Catching Fire is very near from passing Iron Man 3 (407M to $409M) as 2013’s top-grossing film in the USA. Man, the women (and hobbit/dwarves) are slaying this week!

Also, yay for the ratings of ‘Sign of Three’! It got 32% share of the TV audience! Get it, Sherlock!