First, congrats to RDJ and Iron Man 3 for their big wins on People’s Choice Awards!

So yeah, in the end Marvel’s latest One-Shot, ‘All Hail the King’, that will appear on Thor: The Dark World Blu-Ray will be about Trevor Slattery, the Not-Mandarin as was performed by Sir Ben Kingsley. Drew Pierce talked with EW about the short film:

Imagine a real terrorist organization whose beliefs were long held and religious for thousands of years, and imagine a drunk, British actor coming along and essentially telling the world that he’s the face of your organization. I think they would be right to be quite angry. 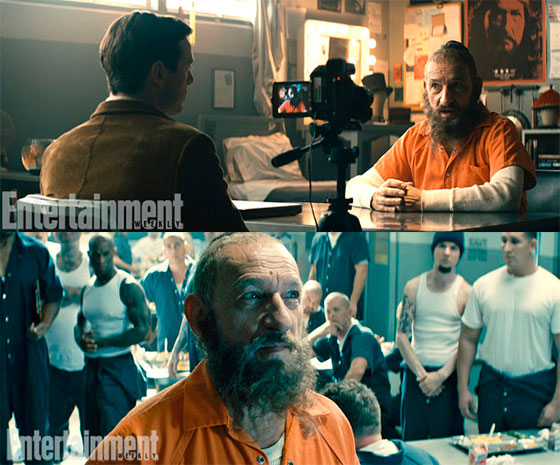 Kevin Feige says he believes in Guardians of the Galaxy and “nobody should feel bad if they’ve never heard of it because we’re expecting that most people haven’t”, and let’s not forget Iron Man “was not well known when that first film came out” Yay! That’s the spirit! Also, production executive Jonathan Schwartz promises Guardians of the Galaxy will be “pulpy”!

When James Gunn came aboard he brought a completely unique visual sensibility to it, harkening back to pulpy ’50s science fiction. One of the things that he mentioned in his original pitch was that science fiction as we understand it has become greyer and sleeker and blacker and darker, this kind of Blade Runner world. We all love Blade Runner but that’s not all that science fiction can be, so the world that you’re going to see in Guardians of the Galaxy is colorful and bright and pulpy, but it’s also lived-in and grounded.

Some new pictures of X-Men: Days of Future Past have hit the web, and they include our first look of Evan Peters as Quicksilver. It’s not a clear look, but what little I can see doesn’t convinced me yet. Eh, I guess I’ll wait for a better picture. The other dudes (Hugh Jackman, Michael Fassbender and James McAvoy), as usual, look cool! 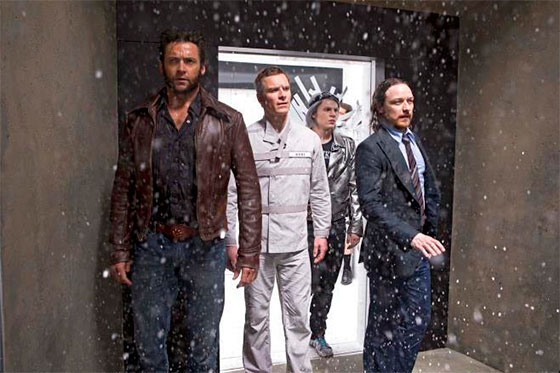 Dane Dehaan talked about his character Harry Osborn and his relationship with Peter Parker and Spider-Man in The Amazing Spider-Man 2:

It’s becoming very obvious that all of these villains are originating from within Oscorp, in one way or the other. There are things that Harry feels he owes Peter, and things he needs from Peter, there are things he feels he needs from Spider-Man, and then there’s his responsibility to Oscorp. It’s a very complicated storyline, really cool and dynamic.

So, I don’t know exactly what “The Marvel Experience” is, just that I want to be there! The press release just says that it will feature dozens of Marvel’s superheroes, and will have  interactive and multimedia technology, including a 4D motion ride and original 3D animated features… and it looks like this. And you wouldn’t believe the smile I am sporting right now. Which is good, because I am terrible at smiling. 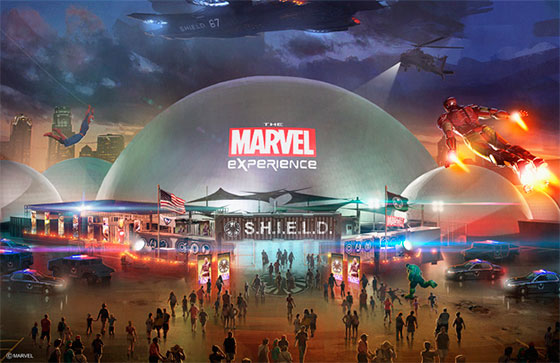 Poor Luke Evans, dude keeps getting asking about his remake of The Crow, and once again he comments they ain’t gonna rip off the original movie. Not that I believe him until I see it of course. I have heard that “going back to the book” story before… right Carrie or Let Me In?

We just want to be as authentic and loyal to the original comic and that means the story will be different. It will be different [from] what people are expecting. It’s not about ripping off the Brandon Lee movie. That stands alone as a piece of brilliant cult film and a great performance. But we’re going back to the book, the original book and that’s exciting because we’re bringing to the screen a lot of parts of the story that were never really told. It’s our chance to do it differently, but as loyal and respectful of the original storyline as we possible can.

So, some lucky bastards at BAFTA already saw the Sherlock season 3 finale “His Last Vow”… and then Moffat said that he and Gatiss had already “plotted out the whole of series four and five”. And producer Sue Vertue said they are already “working on dates”, because you know Benedict and Martin are bussy. Although “Martin’s free for now,” assured Amanda Abbington. Also, and to make things clear, Moffat said “we don’t get our plotlines from Tumblr”. As if that Troll King will share credit!

Finally, here be the Coriolanus live cast trailer, where many countries all around the globe will get to watch Tom Hiddleston perform live for “one time only”… but I might possibly won’t. Because local distributors suck. FML.