The first trailer for Batman: The Killing Joke was officially released. The trailer features Mark Hamill’s return to The Joker and Kevin Conroy’s return to Batman, there’s also Tara Strong as Barbara Gordon/Batgirl, and Ray wise as Commissioner Gordon. The dialogue shown is totally pulled word for word from the comic book.

Here are new cast photos from Preacher and most of them look great! Specially Young Papa Stark a.k.a. Dominic Cooper as the title character Jesse Custer. 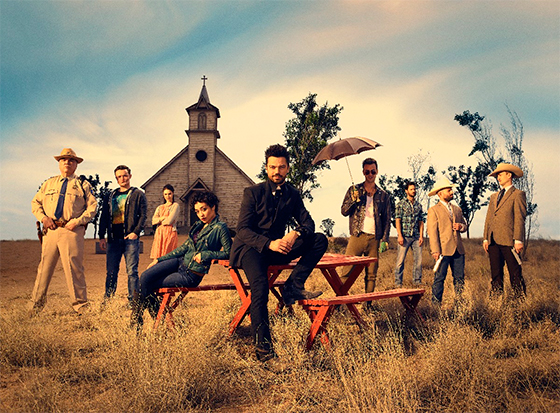 Benedict Cumberbatch and Scott Derrickson had an interview with Empire Magazine, where they talked about, what else, Doctor Strange.

BC: It’s a very different feel, different hero and different set of circumstances to what we’ve seen before. It’s another moment during Marvel’s evolution.

SD: We felt free to go as far as we could imagine, so we’re doing a lot of things that I think have not been done before. Once we’d crossed a certain line we just kept going.

Welp, there’s another J.K. Rowling book I gotta buy. Her screenplay for Fantastic Beasts And Where To Find Them will be published on November 19, the day after the film opens in theaters. 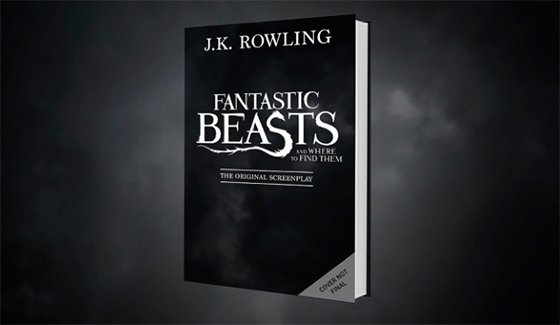 So who is going to make it out of Avengers: Infinity War. The Russo Brothers said it’s anybody’s guess! Well, that’s not ominous at all~

There’s going to be storytelling that happens in [Avengers: Infinity War] that we haven’t seen yet in the MCU, so who’s to say what the condition of the characters are at that point? Who even makes it to that movie to begin with, but who makes it out of those movies is anybody’s guess at this point.

Deadpool director Tim Miller and screenwriters Rhett Reese and Paul Wernick talked about what Cable will bring to the sequel, also that they want a “physically imposing” actor for the part because duh. There are also looking for this:

Strength, gravitas, a purposefulness that Deadpool doesn’t have. Deadpool’s kind of got ADD, and we think of Cable as someone who locks onto something and is going to get that thing solved no matter what.

Here’s the first pic from Alien: Covenant. It shows the sleeve of what it seems to be a space suit, with the Covenant ship’s patch in partial view. And there’s Weyland-Yutani on the bottom, the company that appears all over the Alien franchise. 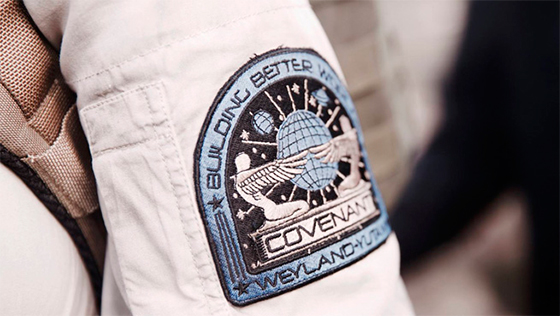 John Boyega is getting jobs! Along with James McAvoy, Nicholas Hoult, Ben Kingsley and Gemma Arterton will be in the new Watership Down miniseries co-produced by BBC and Netflix. Yes, Watership Down, because the kids this generation must be traumatized too with bunny on bunny graphic violence! It will be four-part CG animated series, and I will totally watch it!