New Leaders of the Old-School: A SXSW Interview with Deepflow

As someone who has followed hip-hop for over two decades, it’s a bit intimidating when I’m given the opportunity to actually talk to an artist. For better or worse, sometimes rap has a reputation of breeding huge egos, artists who buy into their own hype and take the self-confidence part in parcel to the genre a step too far. Thankfully, I’ve been extremely lucky to have been able to speak to people who’ve been open and eager to express their love of the genre. 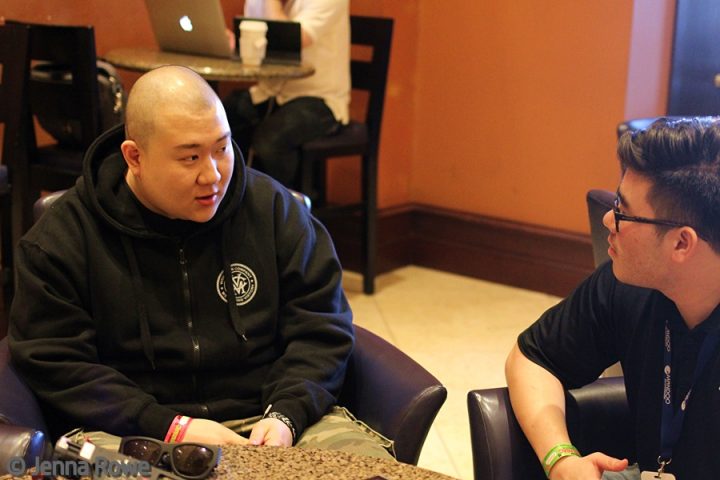 At this year’s SXSW, I was once again blessed with the chance to chat with an artist who was not only humble, but extremely passionate and dedicated to his craft. As I sat down for my interview with Deepflow, one of South Korea’s most respected hip-hop artists and one of the genres biggest champions, I couldn’t help but smile.

Deepflow has been a staple in the hip-hop scene for just over a decade, and in that time he’s released five albums and earlier this year garnered both the Best Hip-hop Single [for song Straw Cutter (작두)] and Musician of the Year awards at the 13th Korean Music Awards. I remember watching the video of the moment his name was called as the list of nominees were read. His Vismajor family and collaborators were beside themselves with excitement, as the man himself sat quietly and waited for his moment to walk across the stage.

So before any questions were asked, congratulations were in order. In response, he smiled and with a dip of his head replied in English, “Thank you.”

Camiele: How did you celebrate?

Deepflow:I celebrated with my family. We did a really big thing with our family. 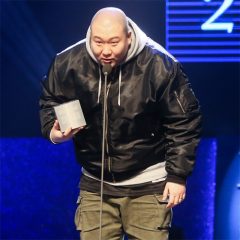 It surprised me to hear how low-key his celebrations were. The audience, one the other hand, was raucous, screams and applause from all the people Deepflow has touched filled the Guro Arts Valley Theater.

But even with the obvious love and respect he’s so deserved of, it’s still a bit of a surprise that in a year that saw the re-emergence of Big Bang (who happened to be nominated in the two categories the hip-hop veteran won), he took one of the night’s biggest prizes: Musician of the Year. His reaction was no doubt similar to many of the attendees: “I kind of expected to win hip-hop song of the year. But when I got the other one I was surprised that I won it. So I was really excited. I loved it.”

After I took a moment to gush about his accomplishments at the KMAs, our interview started in earnest. As this was his first time in Texas, I was curious as to his feelings about performing at such a new venue. He was both reflective and humbled, but he was very aware of the significance of his presence:

I’m the only artist from Korea performing for SXSW (at the Asian Hip-Hip Showcase). When I was young I got influenced by the original hip-hop from the States. So I’m really proud of myself, proud I’m performing.

What became abundantly clear as the interview continued is that Deepflow is just as humble as one of the new artists he rears, all smiles and thank-yous. With his mention of his musical inspiration, he opened a path to start a conversation about his history with hip-hop and what the genre means to him as both an artist and as a man who has, in turn, influenced artists trying to navigate the industry: