Here’s a new picture for X-Men: Apocalypse where the whole team shows off new costumes. And they are the most comics-accurate costumes on the film franchise! 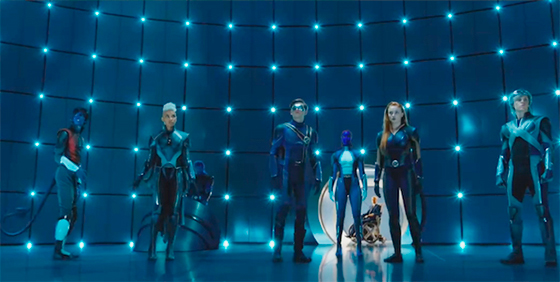 According to Kevin Feige, Marvel has the standalone Spider-Man movies under control… their control! Thanks, Sony, for doing the right thing~

Well, I’ve known all those people for very long. Amy Pascal, Tom Rothman, who runs Sony now, I’ve known for years. So it’s been great. I mean they really are supportive in allowing us to make the creative decisions to make that movie, but they’ve been great partners, and uh, so far so good on that movie.

Welp, Mads Mikkelsen let it slip that he plays Jyn Erso’s dad in Rogue One. Are Disney snippers going to kill him now, or was it a deliberate slip? And what about the rumors that Mikkelsen’s character is an Imperial? Is that why she could be important to the Rebellion? Does she have some experience in her early life about the Empire? Is she going to rebel against her dad? So many questions!

Peanuts will return to US  TV on Boomerang with new shorts. Normaal Animation has been making new Peanuts cartoons under license since 2014, and we can see them dubbed in Spanish in Cartoon Network LA. And now Boomerang will be airing all-new Peanuts shorts for the US beginning on May 9. Check out one of the shorts made by Normaal Animation in their original French!

Let’s start with DC news! First, a good one! According to rumrs, Ben Affleck and Geoff Johns would have complete creative control over the Batman solo movie. That means the pair will be able to make every call on the film, as far as its direction, its story, and how it all plays out. Congrats! On not so great news, Seth Grahame-Smith is not longer directing The Flash movie due to “creative differences”. It was going to be Grahame-Smith’s directorial debut, but WB “will retain” the script Grahame-Smith penned. Not that I wanted WB/DC to keep him, but this indecisiveness ain’t a good look. Specially consdering there’s a rumor that director James Wan may be the next in line to depart the DCEU. And I do like Wan, but apparently “Wan is feeling a tremendous amount of trepidation about Aquaman… Aquaman needs Wan, and right now Wan is trying to decide if he needs that hassle”. But let’s finish this DC/WB part with better news! Mad Max: Fury Road director George Miller is in line to helm the Green Lantern Corps movie! OK, Miller himself said he has been in talks for a DCEU movie, but rumor has it will be that one specifically.

Apparently, the Ghostbusters remake trailer is the most disliked movie trailer of all time on YouTube, which means the fanboys really really hate this movie. Come on, there are like a million worse trailers, and even some worse for well liked franchises (I am looking at you, Fantastic Four!). Oh well, for those whiny fanboys, the original Ghostbusters are heading back to theaters in US of A on June 8, the thirty-second anniversary of the original release of Ghostbusters.

Captain America: Civil War earned $38.7 million at the international box office in its first two days… and I totally helped with that! Will also continue helping~

Well, it finally happened, Marvel has officially ordered a spin-off for Netflix of The Punisher, character that introduced in Daredevil season 2. Here’s a teaser:

And that’s it for the week. Before I go, I want to wish Happy Birthday to Dev Patel, Gina Torres, Channing Tatum, Jenna Coleman, Penélope Cruz and Uma Thurman! 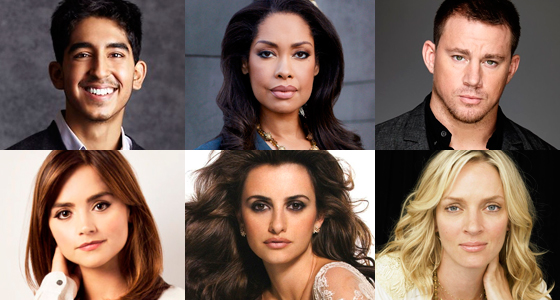