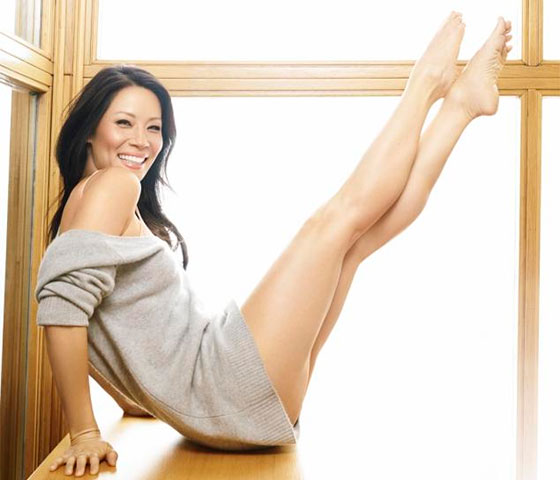 More lovely The Hobbit news! First. New Zealand keeps milking the fame of the movie and all the good publicity and tourism it brings. And thus, we have two sculptures of giant eagles at Wellington Airport, and one of them even has Gandalf on its back! Then, there was this thing called The Book of New Zealand, which is the biggest pop-out book ever! It was unveiled in Los Angeles and Peter Jackson and the cast were there.

So, J.J.Abrams admits it was kind of a bad idea to be keep Khan a secret in Star Trek Into Darkness… yeah, I think they could have used another villain instead of Khan though, even another genetically engineered bad guy would have been fine~

It ended up coming off like we were being coy. We were just trying to not ruin the thing. The truth is that after one screening everyone knows whatever it is. The idea was that for the first hour of the movie the characters in the movie don’t know, and it felt like if there were articles about KHAN! it would take away from the story.

On X-Men: Days of Future Past news, writer Simon Kinberg explains why it was Logan who time-travelled instead of Kitty, like in the comics. You know, besides Wolverine being the most popular mutant ever:

Probably the bigger reason is that when we started thinking about the logistical realities of Kitty’s consciousness being sent back in time, to her younger self, as opposed to her physical body being sent back..it was impossible. Obviously in the book it’s Kitty..but you’re talking about an actress (Ellen Page) who, in the age of Michael Fassbender and James McAvoy, would have been negative 20 years old. So we started thinking again, and the first reflex response to that was a character who doesn’t age. Wolverine is the only character who would looks the same in 1973 as he does in the future.

A couple of kinda blurry pictures for you! Here’s a better look of Green Goblin in The Amazing Spider-Man 2, which I guess it means it is Dane DeHaan even if it totally looks like Billy Idol. Also, here’s the first look of Daniel Radcliffe as Igor in Paul McGuigan’s Frankestein… and he rocks the Snape-like locks! 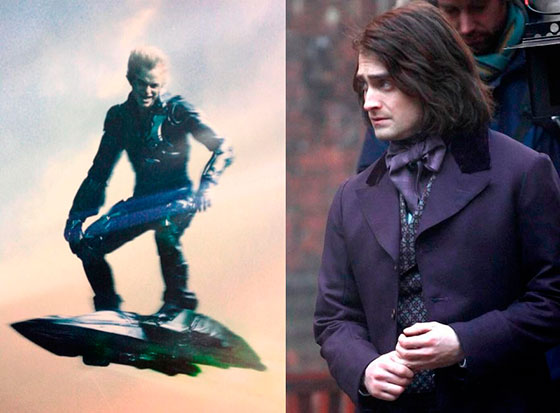 Henry Cavill talks about Batfleck, which is positive. Obviously… I wonder why never asked his opinion before?

“I’m sure he’ll be fantastic above all else! And as a filmmaker, he’s got his own style, you know. He’s not copying anyone else. And he’s also sort of being tenacious in his career. He’s had ups followed by downs, and now he’s very up again. I think that requires and shows a very special strength of character. And it’s something which I enjoy working with because jobs like this require strength of character. They require a dedication to the work and belief in oneself, and Ben has that, clearly.

Talking about DC, apparently want to make lower budget Superhero movies. You know, for those C-lister heroes like Booster Gold, Deathstroke, Sandman, Team 7 and Suicide Squad. They sure want that money! And I guess they don’t wanna be seen as copying Marvel and go around with mini-series on Netflix. And I guess those heroes don’t really need a TV Series on CW!

So, the shocking events of the mid-season finale of The Walking Dead paid off. They got 12.1 million total viewers, which way a lot of the 10.5 million of last year’s mid-season finale! Here’s a cute interview of  Scott Wilson‘s about the way his character, the beloved Hershel, met his end.

There was a time where Hayao Miyazaki wanted to make an animated adaptation of the Pippi Longstocking books. Sadly, Astrid Lindgren didn’t give him the rights, but here is the concept art~ 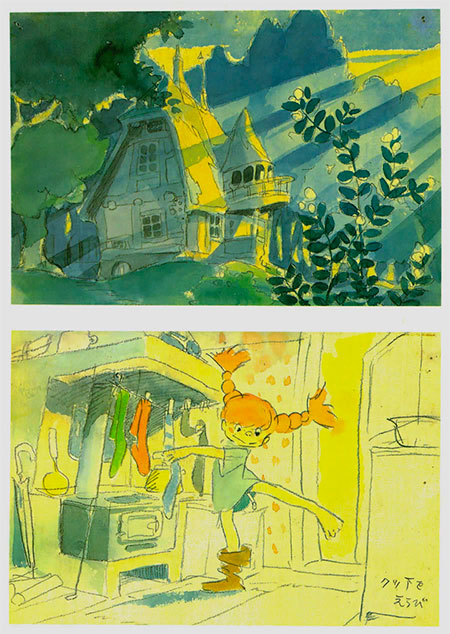