The Amazing Spider-Man 2 trailer is here and we also has some new images from their website! Also, here’s the cast and director talking about the trailer, as well as a picture heavy trailer breakdown from Empire Magazine. Yup, we are getting hints of Sinister Six here, what with Doctor Octopus and The Vulture tech showing… also maybe Venom?

And then, Bryan Singer had to come and steal the show. Yup, if we nerds thought we were geek out on Spider-Man, this piece of news proved us wrong! We are getting X-Men: Apocalypse on 2016! We don’t know yet what will it be about… except that it will feature Apocalypse, the oldes mutant in existence~ For those who are not avid comicbook readers and didn’t watch the seriously awesome X-Men cartoon of the 90s, Empire Magazine was also nice enough to provide a mini-special that gives the uninitated (and for those who want to refresh their memories) some facts about that awesome old douche.

Talking about mutants, Magneto get his own comicbook because reasons~ Writter Cullen Bunn has this to say about him:

Magneto in this story is very much a detective, seeking out and investigating threats to mutants before cutting loose with all the fury of a supervillain — or superhero, depending on your point of view. 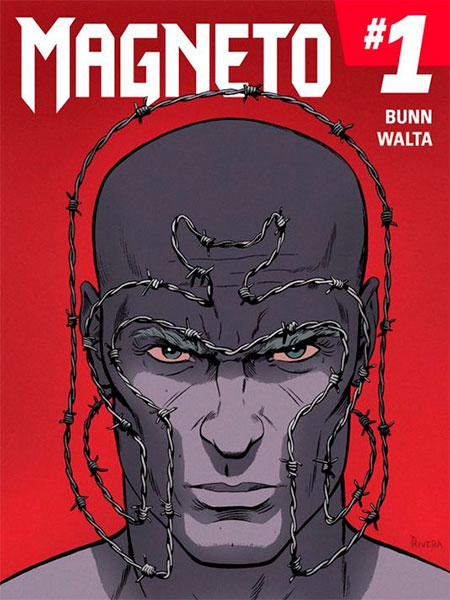 Moriarty returns to Elementary! And seems she’ll be kinda obssessed with Watson this time around! Natalie Dormer talks about her characters feelings for both Sherlock and Joan:

It’s, of course, not just about how it lands on Sherlock but Joan as well, given that Joan played such a major role in Moriarty’s takedown at the end of the first season. There’s plenty of unfinished business between them, so we single those two out for a little alone time over the course of the episode.

Apparently, Scholastic wasn’t the only one who wanted new Harry Potter covers for their books, now Bloomsbury’s will get a makeover too! Here’s a sneak peek at Harry Potter’s and Hogwarts new looks~ 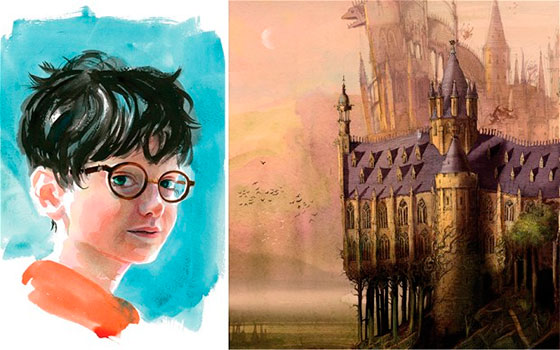 You know what else is getting a makeover? The Terminator franchise. Yep, besides the film reboot we might just get a new TV series. I hope it has a better end than poor old Terminator: The Sarah Connor Chronicles.

The TV series will follow a critical moment from the first Terminator film (1984) and, where the film’s story goes one way, the upcoming series will take the same moment in a completely different direction. As the rebooted film trilogy and the new TV series progress, the two narratives will intersect with each other in some surprising and dramatic ways.

Talking about TV show, here’s that interview with Martin Freeman with some questions that didn’t appear on the other article. Specially about the way some Sherlock fans were douchebags to her partner Amanda Abbington who will play Watson’s wife on the series.

To me, they’re not fans of the show – they’re fans of a show going on their heads. Obviously I love Amanda and I want everyone to react positively to her; she plays a fantastic character and brings a hell of a lot to the third series. If people want to imagine John and Sherlock fucking they’re more than welcome to, but it will have no bearing on what we do in the show.

Here’s Ian McKellen talking about the differences between Gandalf and Magneto… which should be a lot actually:

The odd thing about a Gandlaf is that he’s good through and through. Magneto is a bit of both. He’s well-intentioned, but he perhaps politically is not very sound, and I’m not sure that I quite agree with his tactics.

Also, about certain apocalyptic happenings in the X-Men movie franchise, here’s a description of a possible after-credits scene of X-Men: Days of Future Past. As such, it is possibly quite spoilery!

Thor: The Dark World actually passed the $600 million worldwide! Yay! Besides I think it has even opened in Japan yet~

Finally, today was the first presentation of Coriolanus… and apparently it was awesome and we had Hiddles shirtless during a shower scene. Dammit. Oh well, here he is talking about his character on Elle UK~

And that it’s for the week. Before I go, here’s the lot of The Hobbit: The Desolation of Smaug clips: [1] [2] [3] [4] [5] The first two were focused on the Mirkwood elves. Then, there was the one between Gandalf and Bilbo. But finally we have some for those of us who missed the dwarves. One seriously funny about the dwarves escaping Mirking, and the other more serious… which also shows that Lake Town has quite the diverse human population! And after all that, we also got a production diary!