Habemus Wonder Woman! And it is Gisele… I mean Gal Gadot! Sadly, it won’t be in a solo movie, but it’s been finally confirmed she’ll be on the Batman vs. Superman movie. I really hope the girl has enough time to bulk up some because she’s seriously skinny for an Amazon who can bitchslap Superman. Here’s what Zack Snyder had to say:

Wonder Woman is arguably one of the most powerful female characters of all time and a fan favorite in the DC Universe. Not only is Gal an amazing actress, but she also has that magical quality that makes her perfect for the role. We look forward to audiences discovering Gal in the first feature film incarnation of this beloved character.

Also, apparently on the Variety report about this, it was also kinda confirmed we’ll get The Flash there? I mean, there’s not name attached to the character but it does say that “Wonder Woman (Diana Prince) and the Flash are said to be locks to make an appearance in some fashion, whether that’s a significant role or a cameo”. Dammit, just call it Justice League lite, I mean it!

Finally, in another news casually reported on that article about Wonder Woman, Callan Mulvey (Zero Dark Thirty) is being eyed for the role of villain. But not which villain, although Lex Luthor is the most logical choice.

Anyway, the still protagonist on this not Justice League movie, Henry Cavill, is now nerding about his character and Batman:

The next instalment, as we all know, is involving another rather important character, and i’m looking very forward to that interaction, because ultimately they’re two sides of the same coin. […] How they interact, how they clash and how they ultimately aim towards the same goal is going to be an interesting relationship, and I look forward to playing that with Ben especially.

Here are more pictures of Doctor Who’ Christmas special, “The Time of the Doctor”, as well as a new poster who looks better than the other one because of the blank spaces. Yay! The synopsis is quite ominous, but that’s Moffat’s Doctor Who for you~ 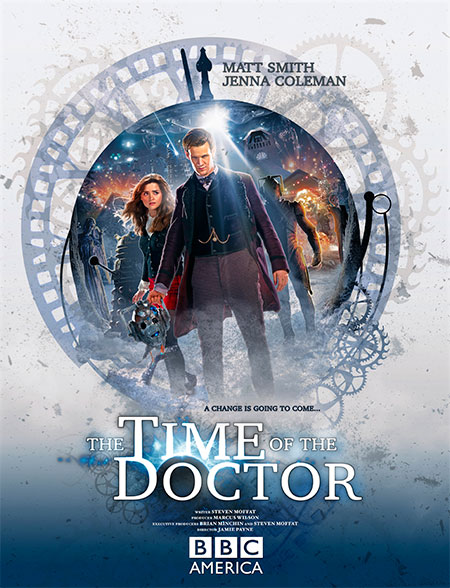 Orbiting a quiet backwater planet, the massed forces of the universe’s deadliest species gather, drawn to a mysterious message that echoes out to the stars. And amongst them – the Doctor. Rescuing Clara from a family Christmas dinner, the Time Lord and his best friend must learn what this enigmatic signal means for his own fate and that of the universe.

Talking about pictures of Moffat’s shows, here’s a ton (ok, just 30) of Sherlock ones! And a couple more here. 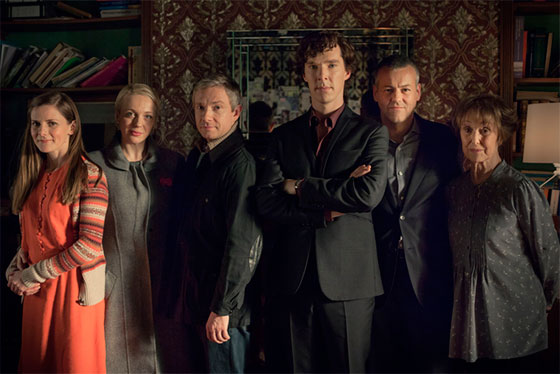 Here’s a small article and trailer of The Pirate Fairy. Can’t see young James Hook in action though, but you do hear Hiddles’ voice! Yep, I will watch this movie, and not just because of Hiddles. I unashamedly watch Tinker Bell home movies, deal with it.

Anyway, back with the last picture I look forward to this year, here’s The Hobbit: The Desolation of Smaug behind-the-scenes B-roll footage. All three videos of it. I love to watch those from my fav movies… even if they are kinda spoilery~ The process of movie making in these big franchises fascinates me, ok?

And talking about said movie, there’s gonna be another trailer attached to it. This time is the trailer of the new Tom Cruise sci-fi/action movie, Edge of Tomorrow.

So, they wanna make a movie about Scary Stories To Tell In The Dark. Sadly, it seems it will suck since it won’t animated to reflect the original art~ But, come on, those illustrations must be there somewhere! They were so iconic and the reason it’s such a beloved book! It’s not the same without it, as the anniversary edition with new art can tell! Anyway, the plot “centers on a set of outcast kids who work to save the town when their nightmares become a reality”. I do wonder what scary stories they will use though. 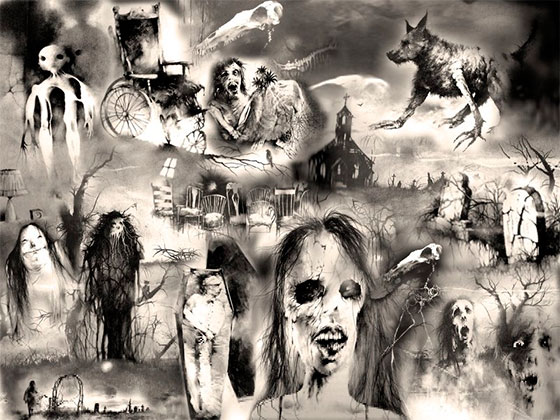