Well damn, check this cover of Star Wars: The Force Awakens for Vanity Fair! Not only that, but we get quite stylish photo-shoot of the cast (and one of the crew). Here’s the behind-the-scenes video of the shoot! 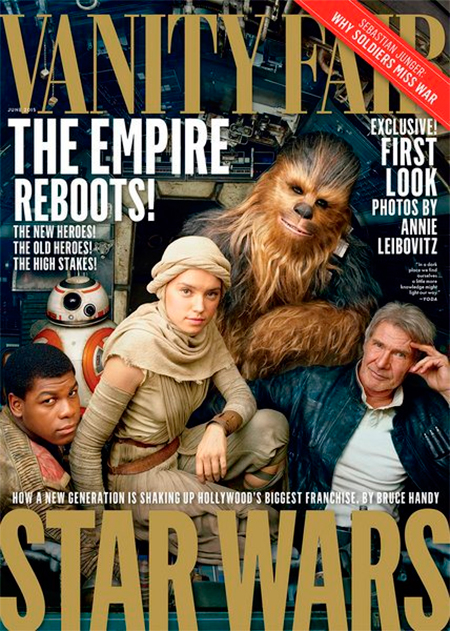 Also, you know that second Star Wars spinoff due in 2018 that was supposed to be directed by Josh Trank but not anymore? It will be a Boba Fett origin story, according to The Wrap. So yep, those rumors about one of those being about the popular bounty hunter who didn’t do much in the movies? Totally true!

Keanu Reeves keeps getting work! After a quite cool job as the titular character John Wick, yeah, we are thinking Keanu is back for John Wick 2! The movie was a nice surprise, so I am glad it is becoming a saga, maybe a franchise. Hope everyone involved keeps the good work!

For those who watched Avengers: Age of Ultron, here’s quite a comprehensive article about what MCU’s Phase 3 is going to be like taking this movie as its base. Of course, some things may change after Ant-Man premieres, but I think it won’t be much.

And talking about movies of MCU’s Phase 3, here’s the first promo art of Captain America: Civil War. It was leaked on El Mayimbe’s Instagram account. Yep, quite ominous indeed and showing basically what the movie will be about. Captain America and Iron man are at odds and are not afraid to come to blows over what they believe in~ 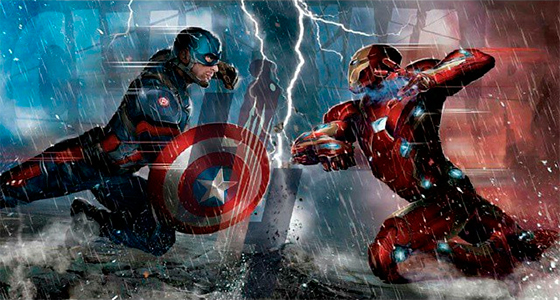 Charlie Cox, who plays the titular character in Marvel/Netflix’s Daredevil, is adorable and has been doing his homework. Dude wants Daredevil to team up with Spider-Man, and I fully support him:

I’d love to see Peter Parker and Daredevil hang out. There’s a wonderful issue of the comics where Matt Murdock has to defend Daredevil, because the public don’t know, and so he has Peter Parker put on his Daredevil outfit so that he can sit in the docks. You know, great storyline.

Here’s the first look at Maisie Williams on Doctor Who. Looks badass, adorable and very cosplay-able~ 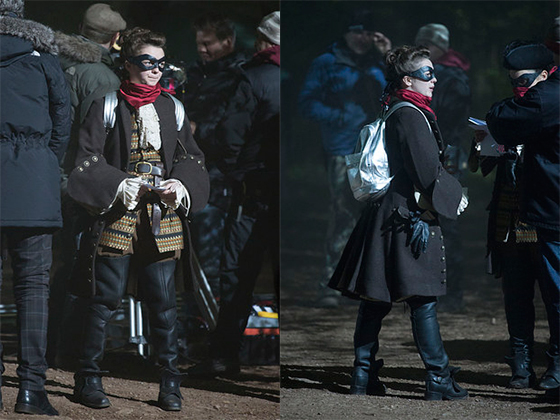 Sad news for Sleepy Hollow Season 3: Orlando Jones won’t be back and that sucks. I mean sure, his character arc in Season 2 sucked, but I was hoping for a better part, not totally axing the character. What the hell, new showrunner Clifton Campbell!

Machinima has joined forces with Warner and DC to create a new Justice League online series! It’s called Justice League: Gods and Monsters Chronicles and will have two (short) seasons and a movie! The series will focus on darker, alternate versions of Batman, Superman, and Wonder Woman with whole new origin stories. So yeah, they are not Bruce Wayne, Diana of Themyscira, or Kal-El son of Jor-El.

Machinima also has other cool stuff for us like Clive Barker’s Creepy Pasta (yep, that’s Internet horror fiction turned live-action, horror short films and I am giddy) and other stuff.