Third time’s the charm! Yep, finally James McAvoy goes bald to be the Professor X we know and love, and will eventually be Patrick Stewart! Here’s a picture from Bryan Singer’s Instagram account. I will miss that luscious hair, but C’est la vie. May your hair not die in vain in X-Men: Apocalypse, James McAvoy! 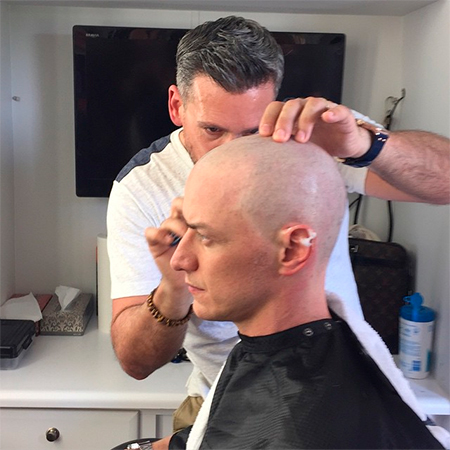 It’s finally come! It’s the time Hugh Jackman says good-bye to Wolverine after 17 years of playing him. Wait, 17 years?! Where has my life gone! OK, currently is 14 years, but by the time the last Wolverine movie premieres in theathers in 2017, yeah 17 years would have passed since the first X-Men movie in 2000.

It is my last time. It just felt like it was the right time to do it. And let’s be honest, 17 years. I never thought in a million years it would last, so I’m so grateful to the fans for the opportunity of playing it.I kind of have in my head what we’re going to do in this last one. It just feels like this is the perfect way to go out.

Thanks to Vanity Fair, we know Lupita Nyong’o will play a CGI character (those motion capture dots on her beautiful visage were a dead giveaway!) in Star Wars: The Force Awakens. We also know her character is called ‘Maz Kanata’. And now we know how she will look like… and it kinda sucks. OK, things won’t necessarily look exactly as the concept art, but I still think this is waste of a good looking human! Come on! 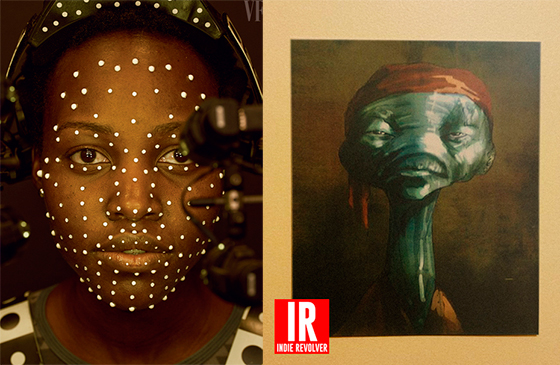 OMG! Great news for Doctor Who! Or at least for Osgood fans~ Ingrid Oliver’s character will reprise the role she played in  her “The Day of the Doctor” and “Death in Heaven”, for a two-parter! I mean, I had hope, since Moffat rarely kills someone and then keeps them dead. And it’s finally come true! Here’s what he had to say about this:

Osgood is back, fresh from her recent murder at the end of last series. We recently confirmed that Osgood was definitely dead and not returning – but in a show about time travel, anything can happen. The brilliant Ingrid Oliver is back in action. This time though, can the Doctor trust his number one fan?

And now, back to sucky news. Constantine was officially cancelled by NBC. Right now, Warner Bros is searching for a new home for the show. I hope it finds it.

Hey, at least Rosario Dawson will return to Daredevil Season 2. Yes, that has nothing to do with Constantine, but I get my happiness from when I can find it! Here’s to hoping her character gets more development!

Also, Marvel/Netflix’s A.K.A. Jessica Jones gets an official synopsis:

Ever since her short-lived stint as a Super Hero ended in tragedy, Jessica Jones has been rebuilding her personal life and career as a hot-tempered, sardonic, badass private detective in Hell’s Kitchen, New York City. Plagued by self-loathing, and a wicked case of PTSD, Jessica battles demons from within and without, using her extraordinary abilities as an unlikely champion for those in need… especially if they’re willing to cut her a check.

Kevin Feige promises that MCU won’t go “dark” and the humor will always be part of the movies:

There is no dark turn in the MCU. He says every year fans come up to him and ask him if this movie is when the MCU goes “dark” or takes a “dark” turn. He said while the trailers may seem ominous or have a sense of impending doom, the movies do not have that feel, and will not. He said he “Hoped people would catch on by now” – there will be no giant dark turns in the MCU where it then continues to head in that direction. The humor is in the DNA of the movies, there are no plans to change that.

–
And that’s it for the week. Before I go, I want to wish Happy Birthday to Dwayne Johnson, Rebecca Hall, Christina Hendricks, John Rhys-Davies, Henry Cavill, Gabourey Sidibe, George Clooney and Stephen Amell. 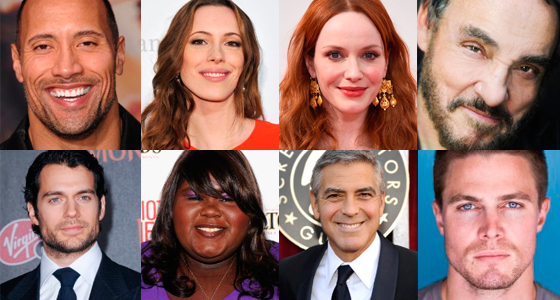