For all the time I have read Marvel comics, I’ve had known that Quicksilver and Scarlet Witch (Pietro and Wanda Maximoff) were the mutant children of infamous mutant Magneto, forever frenemy of Professor X of X-Men fame. Now, in Uncanny Avengers #4, we learn that the twins have always been Django and Marya Maximoff’s children, and they gained their non-mutant powers “thanks” to the High Evolutionary. Fanboys and fangirls have screamed to high heavens, since many of the best Wanda and Pietro stories are all about their bond with Magneto. Then again, it’s not the first time their origin was retconned. Originally they were kids of Miss America and the Whizzer, and in the origin story we know, the High Evolutionary delivered them. So yeah, not that farfetched, but still annoying since it feels that removing Magneto (and their mutant origins) from them is a “f-you” message from Disney/Marvel to Fox. We’ll see how much time this retcon lasts. After all, High Evolutionary has been known to lie before. As Pietro said on the panels, half-truths and misdirections! 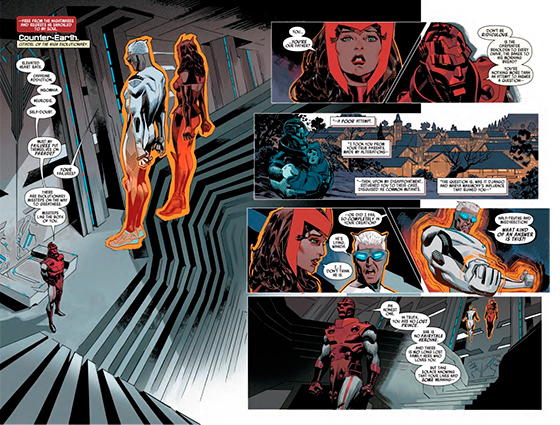 On happier comicbook news, here’s a bunch of Marvel covers with Gwen Stacy (a.k.a Spider-Gwen!) playing each and every character! Yup, she will take over twenty different Marvel comics next month with her own series of cosplay-esque variant covers! And it’s pretty and perfect and I wish I could have every single one of these variant covers! Here’s some of the latest cover reveals: 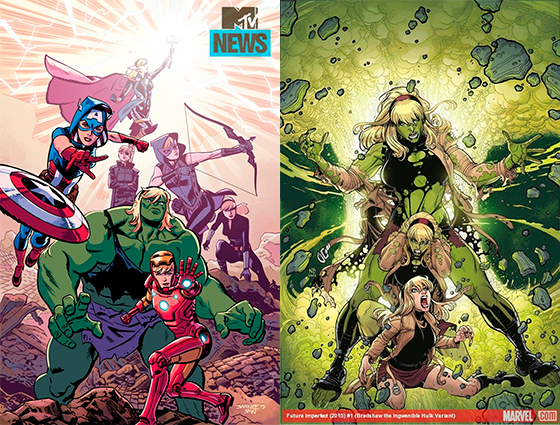 Captain America: Civil War picks up where Avengers: Age of Ultron left off, as Steve Rogers leads the new team of Avengers in their continued efforts to safeguard humanity. After another international incident involving the Avengers results in collateral damage, political pressure mounts to install a system of accountability and a governing body to determine when to enlist the services of the team. The new status quo fractures the Avengers while they try to protect the world from a new and nefarious villain. 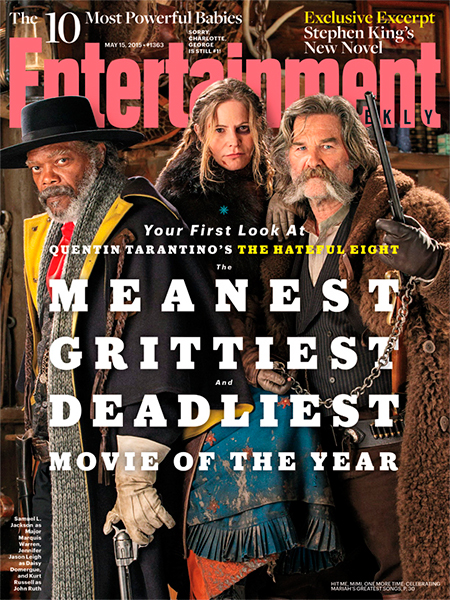 The Muppets revival got greenlighted, yo! Seems like the pilot got a standing ovation when it screened for ABC executives a couple weeks ago. OK, I am not always sure of the taste of executives, but this still makes me happy! So what’s about?

For the first time ever, the series will explore the Muppets’ personal lives and relationships, both at home and at work, as well as romances, break-ups, achievements, disappointments, wants and desires—a more adult Muppet show, for kids of all ages.

Keep coming with the good news! Agent Carter will get a second season! Also, Agents of S.H.I.E.L.D. will return for a third season! But more importantly, AGENT CARTER WILL INDEED GET A SECOND SEASON! YES!

Also, The Flash and Arrow spin-off finally got its official title: Legends of Tomorrow! Here’s the synopsis:

In Legends, when heroes alone are not enough, the world needs legends. Having seen the future, one he will desperately try to prevent from happening, time-traveling rogue Rip Hunter (Arthur Darvill) is tasked with assembling a disparate group of both heroes and villains to confront an unstoppable threat—one in which not only is the planet at stake, but all of time itself. Can this ragtag team defeat an immortal threat unlike anything they have ever known?

Alex Kingston thinks her character River Song could return to Doctor Who. Never been a fan of her character, but I like her so yas, queen, get money! Also, yeah, I do want her to interact with Peter Capaldi, so I won’t mind in the end. I just hope it’s not too soon or stays too long!

Here are lots of Hannibal Season 3 publicity shots. And they all look gorgeous! Needs more Richard Armitage and Raul Esparza! 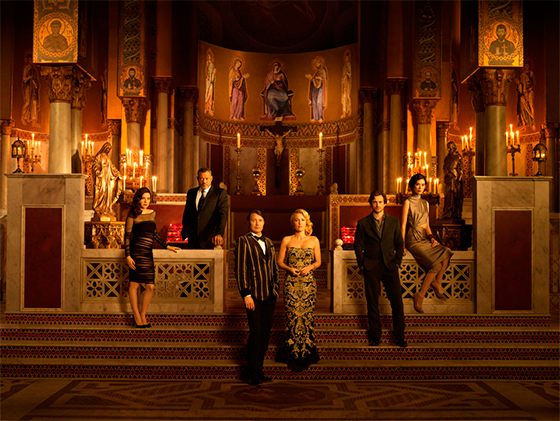