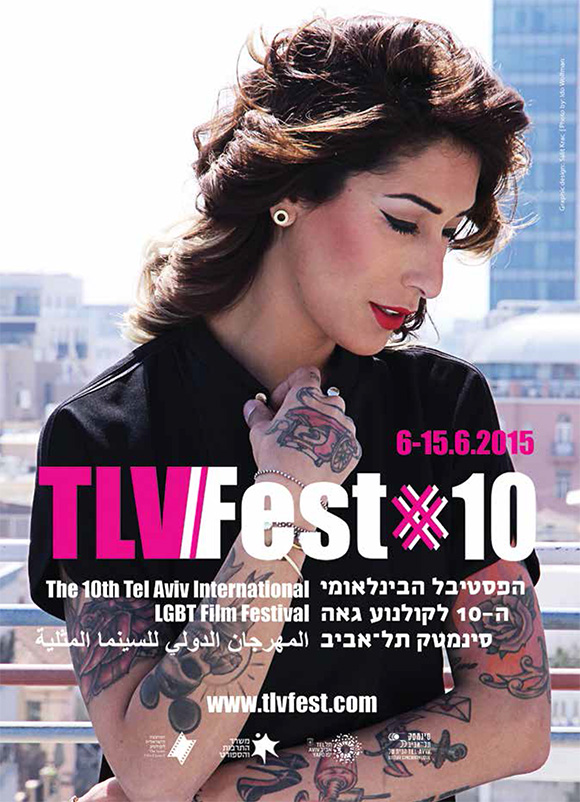 TLVFest is also very proud to present 54: Director’s Cut with Ryan Philippe and Salma Hayek which just premiered at Berlinale 2015. Its director Mark Christopher and producer Jonathan King will attend the showing. Likewise, Alanté Kavaïté, the director of The Summer of Sangaile, winner of the Best Director at Sundance 2015 will attend the Israeli premiere of her movie. Luizo Vega will present his unique documentary, The Material Boy (2015), about creating art that breaks boundaries in a fascist country and his longing for his “mother”, the Queen of Pop, Madonna.

This year TLVFest’s Honorary Award will be presented to Angela Robinson who will show her cult lesbian spy comedy D.E.B.S. which is celebrated its 10th anniversary last year. Robinson joined the hit HBO series True Blood in 2012 as writer, producer and director. She was the first out lesbian and African American director of a Disney film, Herbie Fully Loaded, and produced and directed a number of episodes of the renowned lesbian TV series The L Word. Today, Robinson continues to break stereotypes as consulting producer of How to Get Away with Murder.

The Award Ceremony will feature Robin Williams’ last movie, Boulevard (2014), in which he portrays a 60-year-old man coming out of the closet.The Fourth Man Out (2015) directed by Andrew Nackman will celebrate its international premiere at TLVFest’s Closing Night on June 15. Evan Todd, the star of the movie will be in attendance.

TLVFest will feature a number of Israeli premieres this year: The first feature by Justin Kelly, I am Michael (2015), starring James Franco as “saved” gay activist Michael Glatze, and The Amina Profile (2014), by Sophie Deraspe, which tells the story of a lesbian activist in Damascus who vanished in the early days of the Arab Spring. Both movies had their world premieres at Sundance 2015.

From Berlinale 2015, TLVFest will present Israeli premieres of:

Stories of Our Lives (2014), a touching collection of the stories of LGBT-people in Kenya which won the Teddy Jury Award at this year’s Berlinale. From the Berlinale Official Competition, Big Father, Small Father and Other Stories (2015) takes viewers on a journey through Saigon in the early nineties. From Thailand, How to Win at Checkers (Every Time) tells the story of young people living in a country ruled by greed, corruption and false ideals.