Greetings, fellow fangirls and fanboys! This week it happened, Disney bought Fox… and there will be consequences! Oh yeah, and Star Wars: The Last Jedi was released and I have watched it twice already.  Here’s how the week started:

Lots of new stuff about Jessica Jones season 2: a first look, a trailer and a release date! The new season will land on Netflix on March 8, 2018, it looks like it will deal just as heavily with trauma and recovery as the first did. Yep, Kilgrave is still there, because of he’s “such a part of her construction and her dilemma”.

Check out the trailer for animated movie Spider-Man: Into the Spider-Verse! Yep, the one with Miles Morales. “Enter a universe where more than one wears the mask”, Sony Animation teased on Twitter. The film will premiere on December 14, 2018.

Goddammit, Kevin Feige! At Comic Con Experience 2017 in Sao Paulo, Brazil, he revealed that Loki will be an ally of Thanos in Avengers: Infinity War. Yep, I recognize the studio has made a decision, but given that it’s a stupid-ass decision, I’ve elected to ignore it.

Rey and Kylo Ren got their own Star Wars: The Last Jedi posters one more time, representing their side of the battle. Matt Ferguson, artist and co-owner of U.K.-based print house Vice Press, officially did the posters for RealD and Odeon Cinemas in the UK. 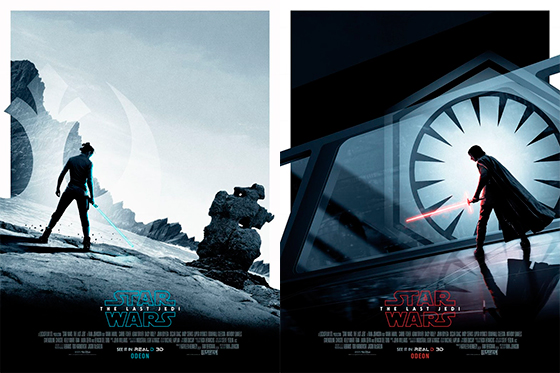 Both protagonist also get their own Chinese character posters, but we also got posters for other character. Yay! Also, in cleaned artwork versions! Except for Finn, for some reason. Here are the Skywalker twins! Love them both so much~ 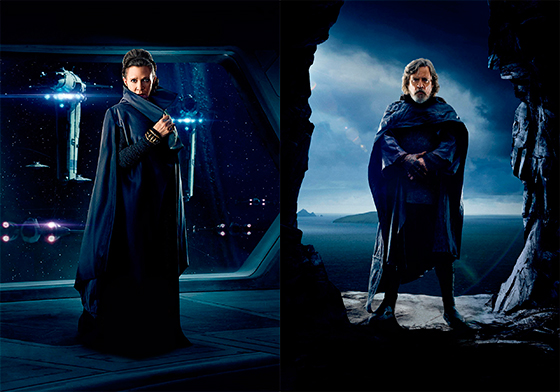 Now in slightly sad news, Mark Hamill wishes Disney had listened to George Lucas’s guidance and advice. And I kinda wish to know what was the original story like. They should released it in book form as part of Star Wars Legends.

What I wish is that they had been more accepting of his guidance and advice. Because he had an outline for [Episodes] VII, VIII and IX. And it is vastly different to what they have done. But then again, I don’t want to be an old stick in the mud. There were the originals. There’s the prequels. But that’s all George. And now we have the next generation. And as far as I can see they are more popular than ever.

In box office news, Thor: Ragnarok passed $300 million at the domestic box office, which makes it the third biggest comic book movie of 2017 after Guardians of the Galaxy Vol. 2 and Spider-Man: Homecoming. Yep, Marvel took the gold, silver and bronze medals out of DC’s hands.

According to Writer/director Simon Kinberg, X-Men: Dark Phoenix will focus largely on the “X-Women” of the franchise. Not only Sophie Turner’s Jean Grey/Phoenix, but also Jennifer Lawrence’s Mystique and Jessica Chastain’s yet-to-be-named villain. Chastain herself assured us that the film “definitely passes the Bechdel test and I don’t know how many comic book films can say that”.