The Fangirly Diary of a Geek Girl: Here comes the Sorcerer Supreme

The MTV Movie Awards came and went, and here’s the complete list of winners, including Star Wars: The Force Awakens as Movie of the Year, and Daisy Ridley as Breakthrough Performance!

Jack and Ianto will be back together in new Torchwood adventure! Based on the Doctor Who spin-off series, Big Finish’s second season of Torchwood audio stories will give us “Broken”, a story that explores Ianto’s complicated relationship with team leader Captain Jack Harkness (John Barrowman). 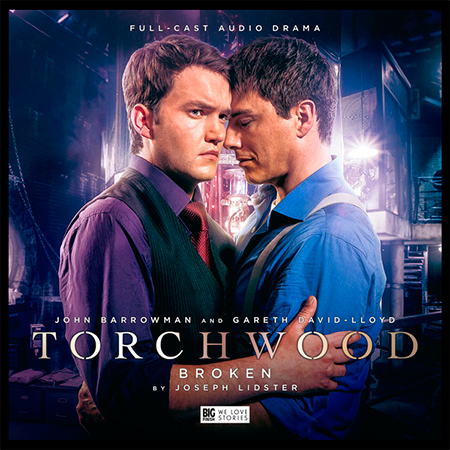 With the embargo lifted, Captain America: Civil War had its first reviews, and man were they mostly positive! The most important points? Marvel did Spider-Man the right way, Black Panther is awesome, Marvel is fun, the airport scene is fantastic… and there might be just too many superheroes. Eh, I can accept that, considering the quantity is nothing compared to the comicbook.

Batman V Superman: Dawn of Justice didn’t have as great reviews, as we know. But worry not, since Justice League (both of them) apparently will be “crowdpleaser more suited to Snyder’s talents, and that the upcoming two-part event is ‘extremely kinetic and visual.’ It will be far more straightforward than existential in its handling of superheroes”. Well, yay!

Russo Brothers confirmed that Star-Lord and Thor are totally going to be in Avengers: Infinity War (both of them), and they sure seems enthusiastic to work with these characters for the first time!

Bryan Singer talked about Scott and Jean’s relationship in X-Men: Apocalypse, and that “something darker and more powerful is growing inside” Jean Grey. And naw man, you had your chance to do the Dark Phoenix saga and you made Superman Returns instead.

The MTV Movie Awards gave us a small preview of Kong: Skull Island, and it’s good to know they were actually making a movie and not just having fun as all those tweets of the cast and crew suggested~ 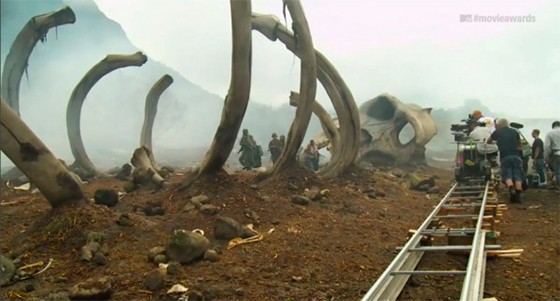 There was a new trailer for Fantastic Beasts And Where To Find Them, and Dumbledore was name dropped as the teacher who argued against the expulsion of Newt Scamander from Hogwarts, and so J.K. Rowling tweeted that Dumbledore liked Newt for the same reasons she does but couldn’t revoke the this expulsion because he was just a young teacher back then. Also, J.K. Rowling named Dumbledore her favorite character.

Talking about Twitter, check Captain America: Civil War cast sending twitter messages to all fans that chose either #TeamCap or #TeamIronMan. Even I got one! Also, here’s my favourite one:

While the cast was playing, the directors kept talking about their future films, claiming both parts of Avengers: Infinity War will feel like very different movies.

And then we had Kevin Feige talking about the other Marvel movies to come. He revealed that Black Panther director Ryan Coogler is also co-writing the film, and that filming is scheduled to begin in early 2017. As for Captain Marvel, we will get news on both “filmmaker and cast by the summer”… so Comic-Con maybe? As for Inhumans, well both Ant-Man and the Wasp and Disney’s Indiana Jones are bumping the film from its original film date, but Feige claims the movie’s not canceled, “it’s a question of when”.

HBO not only released a new trailer for Game of Thrones Season 6, but also gave us 3 clips! Two are scenes from the premiere with Cersei and Jaime, and Sansa and Theon, and the last one is from the third episode featuring Daenerys.