The Fangirly Diary of a Geek Girl: Get away with it~

Greetings, fellow fangirls and fanboys! This past week we have some casting news, the 90s keep coming back and, of course, the Emmys happened. Here’s how that week started~

Here’s the promo for Doctor Who Series 9 episode 2, “The Witch’s Familiar”. Meanwhile, I’ll use this moment to say that the first episode of Series 9 was awesome. And watching Peter Capaldi playing the guitar was made of awesome. Now that we know that Jenna Coleman will leave, can Michelle Gomez be the new companion? I know Missy and The Doctor are antagonists… but damn, Gomez has great chemistry with Capaldi!

You may not know this but I think The Mist is the best adaptation of a Stephen King book, because it’s better than its source material. And I thank Frank Darabont for that. Now, The Weinstein Company’s Dimension Television will turn it into a TV series. Will it be good? I hope so. Its themes certainly have the potential to be decent if not great. At least it won’t be terrible, considering it “must have” King’s blessing~

It was Emmy Night! And all news were Emmys! The most relevant ones being: Game of Thrones set a new record for most Emmy wins in a year. Really? This season?! I mean 8 of the 12 awards were for technical reasons and I won’t begrudge those wins (except for Outstanding Stunt Coordination) But Outstanding Writing?! This season?!

The other outstanding Emmy news was about a well deserved award tho! Queen Viola Davis made history for being the first black woman (and first woman of color) to ever win for Lead Actress Drama at the Emmys for her role as Annalise Keating in How To Get Away with Murder. Duh, the scene alone of her dramatically removing her makeup should have been enough to have that award in the bag! So yes, before her, none other than white women have won that award. The hell, US TV?

The only thing that separates women of color from anyone else is opportunity. You cannot win an Emmy for roles that are simply not there.

Damn right! Check out the lovely speech that made me cry here:

I found it to be a really interesting acting challenge, not just because of what I felt this character was representing — and it was just what I felt, and we talked about it a little bit, but it was never like a manifesto, ‘this is what it must be’ — and it was exciting to me to have that weight of responsibility taken away, of having to be a certain way as a woman, to have to be mindful in a way that isn’t always useful. To have that stripped away was very liberating, and it meant that as an actor I had to focus on other things. I had to focus on what my body was communicating and what exactly my voice is communicating. 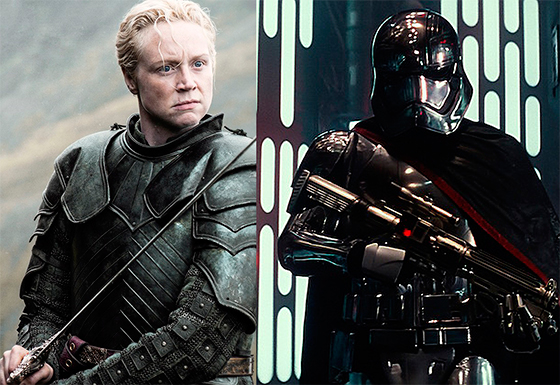 Talking about kick-ass characters, Paul Bettany talked about Vision in Captain America: Civil War. Dude may not have been born yesterday by that time, but he’s still naive, which complicates things (for everybody else) when you are practically omnipotent~

He must be both omnipotent and yet totally naive at the same time. And experiencing the world in real time and his place in it. Is he going to be a force of good or a force of evil? It was really interesting, fun to play with, because he is dangerous, you do not know if he’s going to go one way or another. And I’m continuing that theme in Captain America 3.

Wanna know how old is Spidey in the MCU? “He’s just 15 now”, revealed director Jon Watts. He also confirmed that there won’t be another take in his origin story because “there are only so many times you can kill Uncle Ben”. Harsh, but true.

According to Colin Trevorrow, Jurassic World and its sequels were looked at “as a trilogy from the very beginning”. And they are happy Jurassic World was so damn succesful because now they can “take this to the next level”. And he ain’t mean scale!

I feel very strongly that this is not ‘more dinosaurs’ or ‘bigger dinosaurs’, it’s about using this as a starting point to discover our relationship with these animals and with animals in general, and the dynamic that was created by bringing them back to life.