Greetings, my fellow geeks! We are back on track with lots of news this week! Marvel has been delivering good news and praising their future movies. DC has news too, if they are good or not depends on your POV! Anyway, here’s how the week started:

Star Wars rumors! Yep, we still have some time before we get official news, but that doesn’t stop anyone from speculating. The latest actors suggested to have a part in the new films? Michael Fassbender, Hugo Weaving… and that guy from Girls, Adam Driver. Also, apparently the reason writer Michael Arndt left the project was because a difference of opinion of which characters to emphasize. Arndt wanted to focus on the children of Luke, and Leia and Han; now the focus will be on the classic characters, and the offsprings will have a supporting role.

On confirmed news, Tarantino is making another Western, called The Hateful Eight. Guess it could be inspired in The Magnificent Seven. Also, as you suspected, there’s a role for Christoph Waltz if the dude wants it. And considering the Oscars nods he gets for them, I guess he would like to.

Joseph Gordon-Levitt talked about the potential Sandman movie. He says there’s “Lots of potential, but it’s still very early.” I like that he has faith in the project, and I wouldn’t mind producing/directing, but I’m sorry, JGL, your cheekbones are not epic enough!

I love just the basic concept of it – just the concept of personifying Dream, along with all of his brothers and sisters, the seven Endless personifying Death, personifying Destruction and Delirium and Destiny and Desire and Despair. I mean, that’s just a fascinating and, I think, a really cinematic concept. You look at the art of Sandman, and it just looks spectacular. 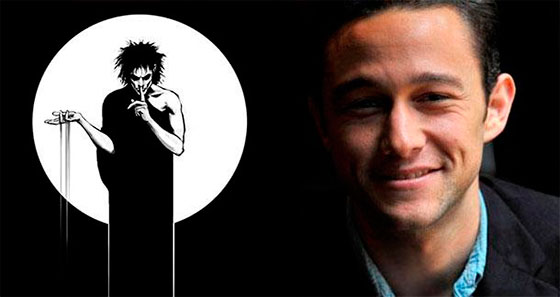 Guess which book villain we are getting for Hannibal season 2? Mason Verger! You know, that creepy and ugly mofo played bu Gary Oldman in the Ridley Scott‘s 2001 adaptation. I mean, for now we are def getting his sister Margot Verger. But I’m sure it’s just some time until we get Mason.

Toward the end of Season 2, we will meet the recurring character of Margot, a patient of Dr. Lecter’s who has issues stemming from her serial killer twin brother’s abuse of her. (In fact, she once tried to kill her kin in retaliation!) So who, of course, will this broken women strike up a romance with? Yep — Will.

Talking about TV series, here’s an explanation to all the kick-ass imagery shown in the Vikings season 2 trailer. It is indeed very Scandinavian with all the allegories and symbols to Norse gods. I got some of the hints, specially the references to Odin, Tyr, Sigyn and the Fenrir wolf. Here’s the trailer once again (I already posted it on my Facebook page), because it is so pretty~

Dominic Cooper wants in on Agent Carter. The TV series ain’t greenlighted yet but he sure made his wishes known:

I would like to do any way possible that Howard Stark can make a return. He’s such a fun character to play, and I really believe that he could make quite an exciting character to watch more of. The flawed entrepreneur, the kind of crazy playboy, from that era is an exciting concept. I saw Hayley recently, and I think that the ‘Carter’ thing is possibly going to happen, so yeah. I’d love to. I wouldn’t hesitate.

Vin Diesel has a lot of faith in Guardians of the Galaxy. And that makes me so happy. He also talked about that voice work he did in a favourite movie of mine: The Iron Giant.

As I worked, with James Gunn, breathing life into GROOT… I saw more and more of the film… wow. P.S. This summer’s Guardians of the Galaxy is going to blow you away… Grateful for the opportunity to make magic…

Scarlett Johansson talked about her experience on Captain America: The Winter Soldier, compared to the other Marvel films she’s been in:

In that sense, we were in it, kind of neck-and-neck, and it’s a bigger responsibility. But then again, even in “Avengers 2,” we all play in it, it’s not like, “Great, I’ll be booking, like, two days a week and then be eating sandwiches the rest of the week.” No, it’s on. We all are fighting in it together, we’re all fighting our own battles and our own demons and it’s a lot of dramatic work, and the physical part of it, so the films all have their own challenges, but it’s fun.

Hiddles has been supporting the latest Friendship Works campaign, which wants to recruit 100 mentors in 2014. He also had a lovely interview in the Telegraph Magazine, where we got this great picture where he shows off that his sense of equilibirum is way better than mine. Beautiful bastard. 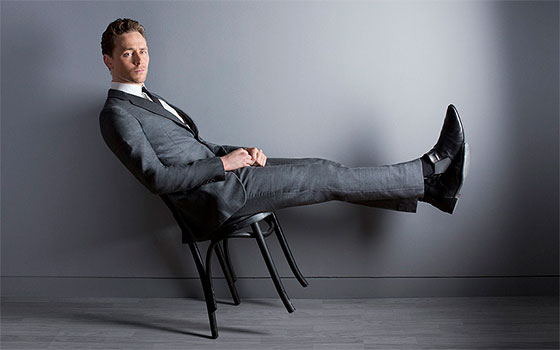