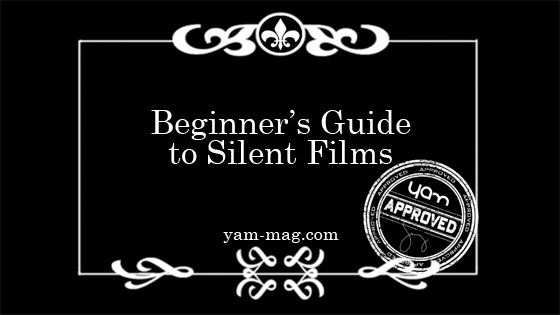 I can’t really tell for sure when my first experience watching a silent film was. I’ve asked my mother, but according to her, she’s never seen one in its entirety, so I doubt I grew up watching any… though, I guess Disney’s Silly Symphonies count~

The first time I ever actually sat through one silent, it was when I was living in Canada — circa 2005 maybe? — I was browsing channels on the TV. I don’t even know what movie it was — or what it was about — but I clearly recall that day I learned about Pre-Code films and it was the first time I ever read about Greta Garbo.

I knew when I started YAM Magazine that I wanted it to be the most varied mainstream entertainment website in the world. I didn’t only want to know about the latest Tarantino flick, but I also wanted someone to introduce us to the best of classic film… to learn. Thank god Marya exists to guide us through the intimidating world of “old films” and to tell me where to actually start.

Before starting her Beginner’s Guide to Silent Films, I had only watched Broken Blossoms, but for the rest, I had to find the time and find the way to catch them. Some were easier to find than others… but I eventually caught them all!