A Personal Look at the TCM Classic Film Festival 2015

First off, this was my 5th year at the TCM Classic Film Festival, and I swear every year is just more and more fun.

My first event was my annual shindig, at the Formsa Cafe in Hollywood, started out with a bang. This year it was co-sponsored by TCMParty, so the turnout was insane. I definitely did not get to say hello to everyone in attendance, but I did get drinks and food on the house. Thanks, Formosa Cafe, you’re a real mensch! 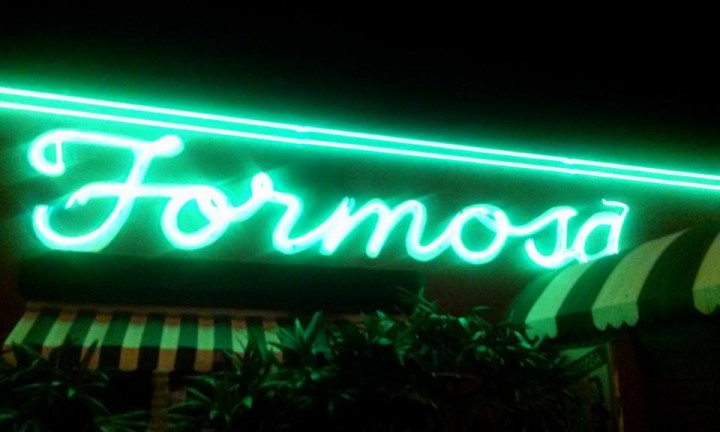 This year, I participated in a new program called Social Producers, which included about 16 very active TCM fans from Twitter running around the festival taking pictures of people and creating other great social content. Several of us even had buttons that you could only get if you found us. This became a little problematic for me, as one of the women running the lines in the Chinese Multiplex also had a blonde mohawk!

I really loved doing the Social Producers program, partially because they fed us lunch on Thursday and breakfast every day of the fest, but mostly because I got to know all of the other social producers, as well as a ton of festival goers throughout the four days of the event. If you want to see some of my handy work, head on down to the TCMFF Tumblr (which I co-ran with TheNitrateDiva).

Thursday night started with me on the Red Carpet, only this year I got a really good spot! I talked to Julie Andrews, Peter Fonda and Keith Carradine and more! It was glorious~ Look for transcripts soon!. After the Red Carpet, I rushed to the Hollywood Roosevelt, where I watched a poolside screening of Grease (and ate free food!). Before the show, they had Rydell High School Cheerleaders doing stunts and, let me tell you, that was scarier than any horror movie! Flips! On cement! By a pool! I can still feel my heart racing.