The Fangirly Diary of a Geek Girl: It’s time to play the music

Greetings, fellow fangirls and fanboys! This week we have teasers, reveals and actors I like getting jobs. Most important for me, a possibility of a comeback! But let’s not get ahead of ourselves, here’s how the week started.

This week was Emerald City Comicon and we had Hayley Atwell talking about both Agent Carter and her cameo appearance on Ant-Man. So what are her wishes for a possible season 2?

I would like one of two things — I’d really like to explore her background of where she’s come from, what her family was like, what created this exceptionally strong and unique woman, and who it was in her life that told her she could be just as good — or better — as the guys. Secondly, I’d like to go a few years in the future, to see how she tackles being a mother and a wife, as well as being kick-ass in the office.

Here’s Joss Whedon talking about the newest members of the Avengers franchise: Quicksilver and Scarlet Witch. He also talked about the storytelling opportunities that come with her powers:

She can make you have a nightmare, is one way of putting it. ‘Trip balls,’ would be another one. That was something I very much wanted, because it meant we could spend a little time inside the Avengers’ heads — either their past or their impressions of what’s going on, or their fears, or all of the above. And confronting that is very debilitating for the Avengers, but it’s also kind of revelatory.

Dwayne Johnson is always my favourite host of Saturday Night Live, and this Saturday he did more entertaining sketches like “The Rock Obama”, “The Viagra Monologue” and my personal favourite, “Bambi”, which is something I would actually pay money for~

Robert Kirkman said that, unlike Game of Thrones, The Walkind Dead TV show won’t spoil the source material~ So don’t worry about the comics!

I think it would be impossible for any way that the show would end to spoil the comic. I that think they are both very separate.  I have certain endings in mind for the comic book. I have different events that I want to get to and if I haven’t gotten to them yet when the show is wrapping up I’m just not going to tell anyone in the writers’ room what my idea is for how I would wrap up the comic book. If they come up with anything similar, I’ll be like, ‘I don’t like that, let’s not do that,’ and try to steer them away from it.

Anthony Mackie was also at Emerald City Comicon, and talked a bit about representation:

I think it’s very important that little girls have representation. That’s why I love Scarlett Johansson so much. That’s why I’m so excited they’re introducing all these female characters into the universe. That’s important. It’s to give everybody a little bit. 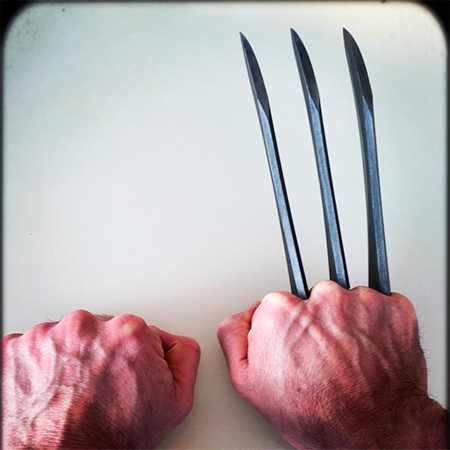 That last time is, of course, Wolverine 3 (slated premiere on March 3, 2017), or so James Mangold confirmed on Twitter!