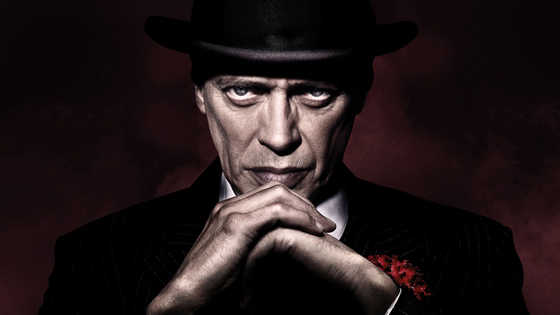 By the end of Boardwalk Empire’s second season, Nucky Thompson (Buscemi) finally completed his journey at becoming more than just “half a gangster” at the expense of one of the fanbase’s most beloved characters. He had a great future ahead of him: not only were his major enemies out of his life, but things were looking up regarding the alcohol business.

15 months later, however, Season 3 puts Nucky on a downward spiral.

From both an emotional and business standpoint, his relationship with Margaret (Macdonald) has worsened over time. While both are having their separate affairs — Margaret with Owen (Charlie Cox), and Nucky has a lover in the form of rising actress Billie Kent (Meg Chambers Steedle) — it was Margaret who screwed Nucky big time in a move that allowed the show to continue using Margaret as a “feminist movement” token.

Then most of Nucky’s associates start to turn their backs on him. Hell, Nucky can’t even catch a break with Billie — whom I enjoyed watching more than Lucy Danziger — because of her acting gig that puts her relationship with Nucky into Mad Men territory.

“What the fuck is life if it’s not personal?”

As if the above wasn’t bad enough for Nucky already, hot-headed gangster Gyp Rosetti (Cannavale) arrives to Atlantic City, and he’s ready to take over his “empire.”

Can life get any worse for Nucky as it is now?

As you would expect from Boardwalk Empire, there’s lots of dialogue, crime scenes, alcohol, pretty costumes, shootings, backstabbings, etc. However, unlike the past two seasons that were spent evenly building Nucky and certain supporting characters (especially Jimmy and Margaret) up, Season 3 is the most Nucky-centric Boardwalk Empire has ever been: his life is put in danger by the minute thanks to several events that spiral his life out of control, and at times, Gyp’s not even the worst of his concerns. Watching Nucky fighting tooth and nail to save his life makes Boardwalk feel refreshing; Steve Buscemi excels strongly when Nucky has to be cold-blooded, witty or human. 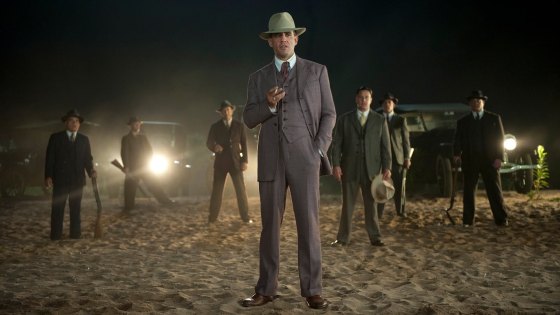 A special mention should be made for Bobby Cannavale. His guest spot on Modern Family made Eric Stonestreet’s Mitchell watchable, and he was stellar as Mike Cruz on Nurse Jackie‘s Season 4. But his masterful performance as Gyp Rosetti is the most entertaining thing he’s done in 2012. Whenever Gyp graces the screen, Boardwalk is filled with sadism, tension and unpredictability because the guy is a twisted fuck who kills people at the tiniest sign of disrespect. My favorite Gyp moments include him dissing people, his naked killing spree… and even better, cancelling Bible Camp.

The rest of the characters have to deal with adaptation to new environments. Eli Thompson (Whigham) deals with a post-jail life while Van Alden (Shannon) deals with exile in Chicago as he takes care of his family and sells irons for a living, something odd for the man who was hellbent on destroying Nucky in the earlier seasons. Esther Randolph (Nicholson) will find herself in an awkward position thanks to a proposition. Arnold Rothstein (Stuhlbarg) finds himself doing business apart from Nucky, while other businessmen see something in Gyp to work with. While it might be sad to see Chalky (Williams) kind of sidelined until the final episodes, we are nicely treated with the ongoing rise of Al Capone (Graham), whose role I hope gets expanded in Season 4.

Meanwhile, Gillian (Gretchen Mol) and Richard (Huston) find themselves raising Tommy while living in a Jimmy-free world. While Gillian has a harder time in moving on with life, Richard falls in love with Julia Sagorsky (Wrenn Schmidt), a person who doesn’t view him as a freak at all, and still remains a badass thanks to Jack Huston’s great acting, making Harrow one of the very few likable characters Boardwalk has. There are more characters I could talk about, but it would require lots of time.

Some of the problems with Boardwalk Empire might deal with the overload of characters and slow buildup for the events, but I would say that Season 3 was outstanding to watch and has a much stronger focus, along with better writing and acting, than the previous ones and pulled of the “Big Bad” format smoothly thanks to Cannavale’s Rosetti, who injected a lot of life into Boardwalk Empire.

You can catch up on the third season of the show via Amazon Instant Play, iTunes, or you can buy it on DVD or Bluray. Or you can do the sensible thing and keep up with Boardwalk Empire on HBO with the best satellite TV.