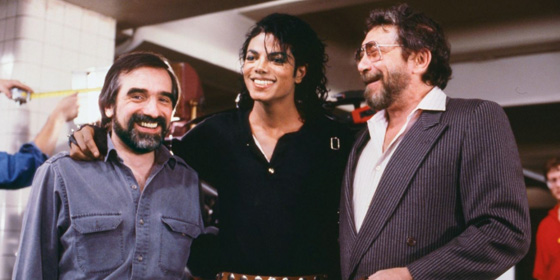 I really can’t tell why Spike Lee let ABC broadcast a 1-hour cut of his 2-hour documentary on Michael Jackson — Bad 25, celebrating 25 years of the Bad album. It isn’t necessarily that the final product sucked, but it left me with a huge feeling of dissatisfaction — like when people tell you that you’re going to taste the best prime chocolate bar you’ll ever have in your life, but they only give you a sampler of a so-so chocolate.

Bad 25 is a documentary chronicling the making of each song on the 1987 hit album Bad, with the music producers, songwriters, musicians, choreographers, and music video directors involved in the making, giving inside knowledge of how the tracks on the album came to be. It’s a rather candid, creative look at Michael Jackson, a certain quality that a lot of extra materials on DVDs used to have before the industry became too cheap. I mean, I think it was fairly common knowledge that Michael Jackson was a big fan of Fred Astaire as well as Gene Kelly… and Buster Keaton, no? Nonetheless, it was nice to see actual footage in contrast to the results of all his sources of inspiration.

Though the sections of Martin Scorsese and Colin Chilvers talking about their respective works in Bad and Smooth Criminal are filled with information, the most unusual sequences were The Way You Make Me Feel, featuring model Tatiana Thumbtzen talking about the famous hug, as well as the giddiness of Siedah Garrett when talking about her being chosen for the duet of I Just Can’t Stop Loving You. It’s generally a side of Michael Jackson that we don’t get to hear about.

Of course, Bad 25 also talks to musicians nowadays and the influence the album had on them — on this cut of the documentary we had Cee Lo Green, Kanye West and Chris Brown (WHYYYYYY????), but apparently the complete cut also includes people like Usher and Justin Bieber. While it also features other artists that comment on MJ like Stevie Wonder and… I don’t know how Ruben Blades fits into the picture yet. But Mariah and Sheryl Crow do show up on the broadcast.

The most emotional moment, personally, wasn’t when we reached the final minutes of this cut where everyone suddenly got teary-eyed when talking about the inspiration for Man in the Mirror and how the world turned to that song after MJ’s passing. Surprisingly, for me, it was when they talked about Michael and Whitney Houston who could have sung I Just Can’t Stop Loving You together… and showing the footage of both of them alive. It was the moment I realized that it’s not gonna happen again — this magic. I think the music critic does make a point of it in the most objective way that’s ever been said~ Michael’s dedication to his music, to his art, from an early age. His hard work, it’s illegal now.

And so life moves on… always looking back at what was and what will no longer be.