Michael Jackson – HIStory: Past, Present and Future Book I 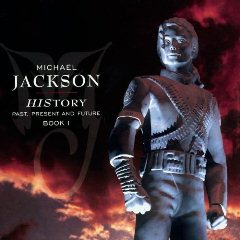 The tragedy of this album is that it was Michael Jackson’s most open and personal of his 11 solo albums, but was ultimately his most underrated. The tracks range from angry and vindictive, to melancholic and heartbroken. But one thing they all have in common is how truly introspective they are. Jackson’s public persona was one of a troubled adolescent trapped in a man’s body, so it comes as no surprise that only in his music was he truly allowed to be the intelligent and fearless adult he actually was. HIStory was just the vehicle to let out every ounce of anger and pain that he’d been feeling for god knows how long, but his public knew as the few years preceding its release.

The first chapter of HIStory is a retrospective of some of his biggest hits and the music that everyone, whether a fan of his at that point or not, grew up listening to and ultimately loving. However, the meat of this album, the peek into his present, is what’s so intriguing. Indeed, the second disc opens with the very thing that he was never allowed to do as a child star or a beloved icon of the world: Scream. With the help of younger sister Janet, he growls and bellows his outrage, bursting through the very plastic confines of the disc itself and informing the listener this album isn’t going to be the upbeat Off The Wall or the hit-heavy Thriller they may have been expecting after almost five years of silence. He was sick of being silent, sick of being the victim. The song was almost a dare — This is me. If you can’t handle it, listen to something else.

The album continues in this same vein, completely relentless and full of cannon-like pronouncements of the world from his point of view (They Don’t Care About Us, Money, Tabloid Junkie). But one can’t mention the anger without also shedding light on the insightful inspection of his isolation. Stranger in Moscow is a haunting track, one that forces you to dissect its symbolism, but drink in the agony of a very complicated man’s tortured inner workings. It’s this note of isolation that strums throughout the album, allowing people a deeper look into a world we could only see through plate glass.

The album continues, albeit a bit disjointedly, to delve into what it is that had taken him out of the public eye for so long and ultimately forced him to embrace the self-imposed quiet of reclusion. The lyrics are honest, if not a bit accusatory and biting.

By the close of the album, we are thrumming with the harsh knowledge that this was a man who was beaten and bruised, lived a life that was completely for his public only for that public to want to almost mutilate him just to see if it could. And yet, even in the midst of all the scrutiny and unabashed disrespect, he still managed to end the album with grace and softness (Smile).

HIStory was an inelegant, raw look at a man who was as jumbled and complex as the lyrics and placement of each song. The inclusion of so many of his hits is jarring, yet actually quite brilliant. He first takes us back to a time when he was completely innocent, looking at the softness of his journey to this point. He then opens us up to the turmoil of his present, forcing us to notice the drastic shift. And yet, it’s almost as if he was taking his 1995 self and allowing it to look back at something as brilliant and promising as was his future back in 1978. For all its disjointedness, HIStory stands as my favorite offering from Michael Jackson. It’s the most honest representation of the man and a blessing for those who were open enough to accept it.

Part of YAM Magazine Time Machine Blogathon: Back to the 90s.