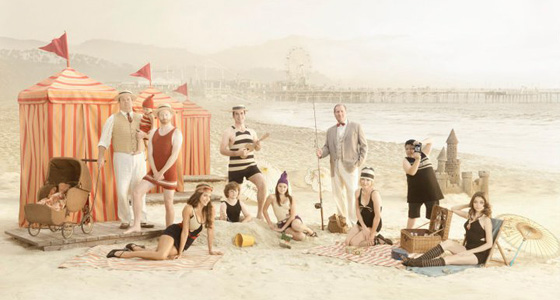 ABC’s Modern Family returned for a second season thanks to the success it garnered during Season 1 through the great humor it featured as well as great cast members.

“Ah, here we go. Because, in Colombia, we trip over goats and we kill people in the street. Do you know how offensive that is? Like we’re Peruvians!”

Season 2 has some flaws, as the season had a bit more of average at best episodes compared to the past season — the See You Next Fall episode could have served as a better season finale than The One That Got Away, among a few other things like rehasing material from the past season (Phil and Claire during Valentine’s Day and Cameron using his clown gimmick) and some of the material the cast had to work with. And despite Sofía Vergara being funny during most of the show thanks to her line delivery, she still comes across as a stereotypical Latina character at times and it can be tiresome for some TV viewers, but I still love her anyways.

And considering that I’m reviewing this for the LGBT Blogathon, I can’t go without mentioning Cameron (Stonestreet) and Mitchell (Ferguson). During Season 2, they’re still dealing with raising their daughter Lily, but they also argue a bit more over all kinds of issues which range from couple-related issues to petty issues that could be easily solved. Both actors have excellent chemistry with each other and manage to make their characters work very well. And there might be something interesting for them during the next season. They may not be strong representatives of the LGBT community when compared to the likes of Kurt Hummel from Glee, but they’re still very cool characters to watch and they even kiss for the first time on screen, which was a way to address the criticism received from the LGBT community due to Cameron and Mitchell not being very affectionate with each other during the past season.

The interactions between the cast are still as great as they were during Season 1. It’s still hilarious to watch, it’s got a big heart, the cast members are balanced very well in their situations and the last 1/3 of the season was pretty strong and had Modern Family end in a good note. And if the first season had Eric Stonestreet as the show’s MVP, Ty Burrell and Ed O’Neill were easily the best during the second season. And in regards to the child cast, Nolan Gould as Luke Dunphy could give Rico Rodriguez’s Manny a run for his money for the best child cast member of the show.

All in all, Modern Family still remains one of the best network comedy shows out there.

P.S: Check out the rest of the posts from the LGBT Blogathon.