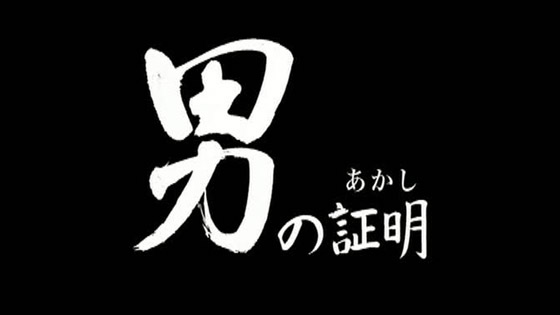 Who’s the Man is also a comedy part of the Hijoshi Zukan short film collection — which also includes B.

The story begins with the casting call for a movie they’re making called Who’s the Man, where the producer and director are looking for the perfect actor to play The Man in a mafia film, which seems a tough task when the producer announces that the director is particularly picky. The director is sitting on his reviewing table waiting for the next batch of actors that are auditioning for the role, but he seems bored out of his mind.

His new batch of actors doesn’t look promising: an obvious Yakuza called Tsuyoshi, who’s auditioning because his older brother was set to audition. Pretty boy Morita with his cool and delicate mannerism, as well as otaku Adachi — the producer seems hopeless.

Finally actress Jun Karasawa (Hairi Katagiri) introduces herself, and despite the producer being taken aback by Karasawa’s participation for the male lead role, the director loves her as she answers questions like “what makes a man.”

Actress Hairi Katagiri is pitch-perfect in her role as the inspirited actress. Her stern look and features enhance her performance here and lets us realize that she’s got great comedic timing — which she showcased on Kamome Diner.

Though the film isn’t really about a woman with Gender Identity Disorder — the producer clearly addresses this by asking Karasawa if she has a male heart in a female body, to which she just responds that it isn’t the case, Who’s the Man does make you wonder about the characteristics that make a man… whether it is biological or whether it goes beyond that. The producer continues being perplexed, considering the director doesn’t really care… at all.

In the end, after all the trials — which include a lot of funny moments… who’s the man? Jun Karasawa is.

You can actually stream this on IMDb apparently.