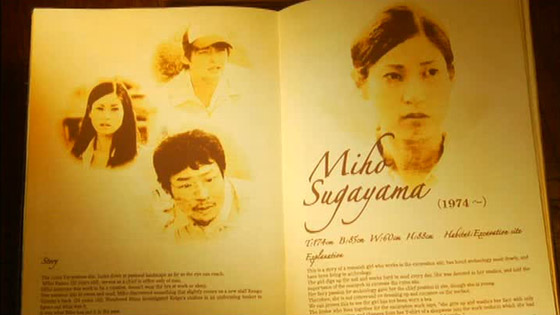 B, which stands for Bra, is part of the Hijoshi Zukan movie — also known as What Girls Want — a compilation of comedic stories revolving around different women and their desires.

In B, we follow Miho Sugayama (Tsukifune), an archeologist who leaves a care-free existence at an excavation site. She wakes up every morning to wash her face with soap, no makeup, no skin-care, dresses for the job and avoids wearing a bra because it bothers her. One such day, Miho is uncovering an artifact, when she notices her male co-worker is wearing something pink beneath his shirt.

As we follow Miho and her misadventures trying to find said mysterious pink garment, we find out that, indeed, her co-worker Keigo (Tanaka) is wearing bras and is very fond of them. The rest of their co-workers look down on Keigo and start labeling him a freak, pushing him towards switching archeological sites.

In a rather distant confrontation, Keigo asks Miho (who is his boss, I might add) why she doesn’t wear a bra. At this, Miho gets defensive telling him why he has to ask such a question as if it were more weird than a guy wearing a bra, to which Keigo replies that he never said it was weird that she doesn’t wear one, and that he wears one because it makes him feel comfortable.

Though B does end with Keigo leaving the archeological site, it does so in a positive note in which Miho understands that what she likes has nothing to do with being a freak, firmly realizing that she doesn’t like to wear a bra and giving Keigo a final warm goodbye (and a bra) hoping to meet in their next job.