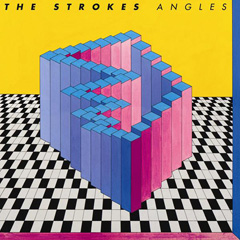 It’s been five years since The Strokes have released an album. So the moment they released the video for Under Cover of Darkness, directed by Warren Fu, I felt happy to hear a new song from them. It felt refreshing and gave me high hopes for their upcoming album, Angles, produced by the band along with Gus Oberg and Joe Chicarelli.

While bassist Nikolai Fraiture revealed that Angles would be a “return to the basics” album, suggesting the songs would be similar to their first album (Is This It), I actually felt that the songs featured a quite different Strokes.  Not only did Angles have the feel of their first album, but it also has the same vibe Julian Casablancas’ solo album (Phrazes for the Young) featured, as well as new wave synth-pop and even bossa chords on a couple of songs. Nothing wrong with experimenting with different sounds for your album.

Despite news surfacing that the band didn’t have fun recording the album, I’d say that the final result was actually refreshing to hear in a musical scene that is dominated today by pop, reggaeton, auto-tune vocals, etc. It might be a bit hard to adjust to Angles at first listen, if you’re the kind of person who only heard their first album, but then it gets better in terms of replay value. It’s good on the ears.

Best tracks: Life is Simple in the Moonlight. Great vocals from Julian, includes Brazilian bossa nova chords, that Strokes vibe I love and it’s a great way to give a farewell to the album in a romantic way.