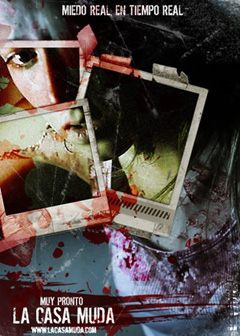 The Silent House tells the story of Laura, a young woman, and her father who decide to install themselves in their country house to fix it for sale the next day. At night time, Laura hears noises, so her father decides to check it out without ever returning.

The film, directed by Gustavo Hernandez, is supposed to be based on a true story from the 40s — I can’t tell for sure, though. The Silent House is very stylish, with prime photography and nice sound design. The acting is fine, and it all should make a pretty good film, except it isn’t that great. Sure, the film is supposed to be a horror suspense, and it is in the beginning, but it gets boring 30 minutes into the film with repetitive running around, and cheap thrills without moving the plot… or lack thereof.

In the end, there’s a big reveal… of sorts, which isn’t that surprising. However, the lack of plot is just too much for one 78-min-long shot — was it really one shot? It seemed like a DV camera, so it’s possible. Like I said, The Silent House looks really REALLY good, but that’s it.

And guess what? An American version is on the way.