A Brief History of Video Games and Movies 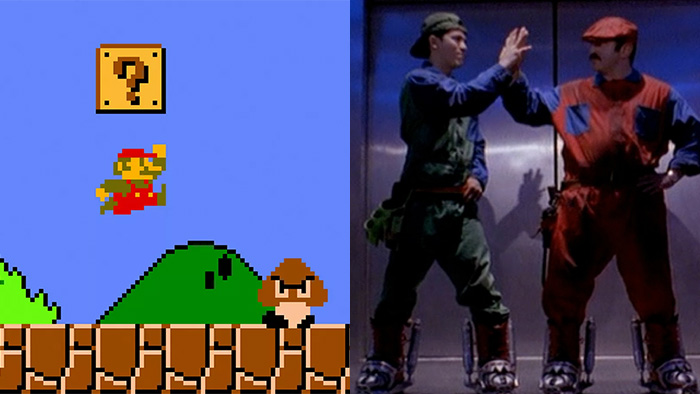 For almost as long as video games have been around, there have been games based on movies… and movies based on games. As these made it big, inserting themselves in many households during the 80s to become a thing of our current daily lives; movie hits had tie-in games such as E.T., Indiana Jones, Star Wars, Back to the Future, Batman and many more.

Games based on movies (and vice versa) often have a bad reputation. This can be because they are rushed or are made with little cost or effort to act as an easy money-making effort, riding the hype of the property. There are many examples of bad ones, such as E.T. The Extraterrestrial for the Atari 2600, Batman Forever (not that the movie was any better) for the SNES, Street Fighter: The Movie: The Game (the video game movie inception— the video game of a movie based on a video game) for PSX, Thor: God of Thunder for PS3/Xbox and Green Lantern: Rise of the Manhunters for Wii.

But let’s not forget you can also get gems such as Disney’s Aladdin for Mega Drive, Die Hard Arcade for arcades/Sega Saturn, Goldeneye 007 for N64, Spider-Man 2 for PS2, The Warriors for PS2/Xbox, Ghostbusters: The Video Game for PS3/Xbox 360 and plenty of Star Wars games. 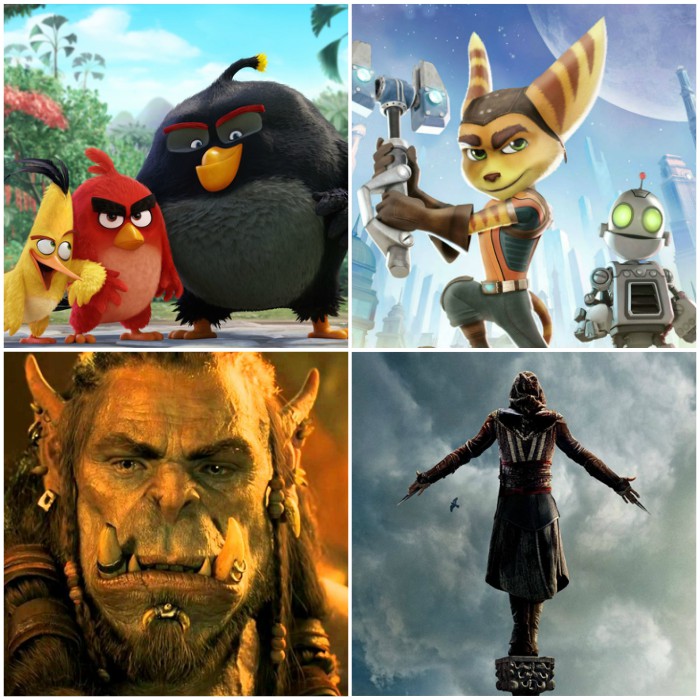 The movie industry never shies away from adapting existing works for the screen— fairy tales, poems, novels, comics, toys, board games, and more have all become feature length films. In just the last couple of weeks, we’ve seen Angry Birds, Warcraft and Ratchet and Clank, with Assassin’s Creed [Trailer], Uncharted and many more expected soon. If you can name a popular game franchise, there’s probably been a movie– Super Mario Bros., Final Fantasy, Resident Evil, Ace Attorney, Silent Hill, Prince of Persia, Max Payne, Doom, Street Fighter, Tekken, Tomb Raider and Double Dragon are just some of the game series that have had live-action films based on them, and there’s even more examples if you include anime adaptions and tie-ins for Japanese games, with a few being Pokémon, Persona, Fatal Fury, Bayonetta and Professor Layton. 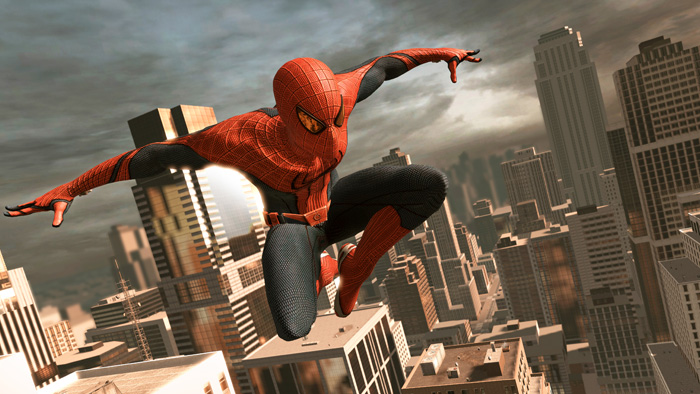 Spider-Man has always been a popular character, right from his comic debut in 1962. The mix of super-heroics, comedy and drama have made him one of the most beloved characters ever created. Considering this, it’s not surprising that you can find nearly any product that is Spider-Man-themed or at least doesn’t have his image on the packaging. Despite this, it took a long time for Hollywood to adapt him onto the big screen, taking until 2002, however Spidey’s been in games much longer, first appearing on the Atari 2600 in 1982. There have been plenty of games based on the web-slinger, and every movie has received a game adaption. There are 2D beat ‘me ups such as Spider-Man and Venom: Maximum Carnage (SNES), 3D action games, e.g. Spider-Man (PSX), open world games such as Ultimate Spider-Man (PS2/Xbox), online slots games from some of Coral’s leading slots, creation games including Spider-Man Cartoon Maker (PC), fighting games in the Marvel vs. Capcom series and many more.

For as long as games and movies are popular, we’ll see them adapt each other, so whatever the future holds, expect popular games on the big screen and many action/adventure films on your PC and consoles.