I got this mail from Universal and I felt the need to share: A Swedish visual Kei band! 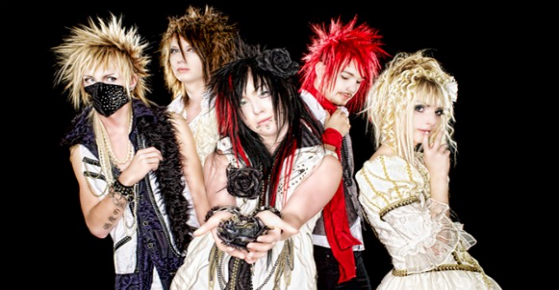 This is Seremedy. Today they released their first EP, Seasons Will Change.

According to Universal Seremedy is:

A young visual rock band that aims to shock the unilateral repetitive music market in the West with its androgynous and extravagant look. They combine the modern pop/metal sound with a two-sided view of the world. One is dark, heavy and aggressive melodic. The second is richer and happier.

Although the band only has existed for one year, they have already managed to play in Russia and has become a popular band in Japanese conventions in Sweden, such as UppCon in Uppsala and MeuwCon in Stockholm.

The 15-year-old guitarist and songwriter, Yohio, speaks Japanese and has been to Japan with the singer Seika and met with genre greats such as Kenzie (ANTI FEMINISM) and Hizaki from Versailles.

Japanese media has already drawn attention to the band with, among other things, a feature in one of the largest Japanese Visual Rock newspapers, Cure.

Their debut single Bulletproof Roulette was released March 11, 2011 and went straight into the top-list on iTunes.

Seremedy’s album is being released this fall.