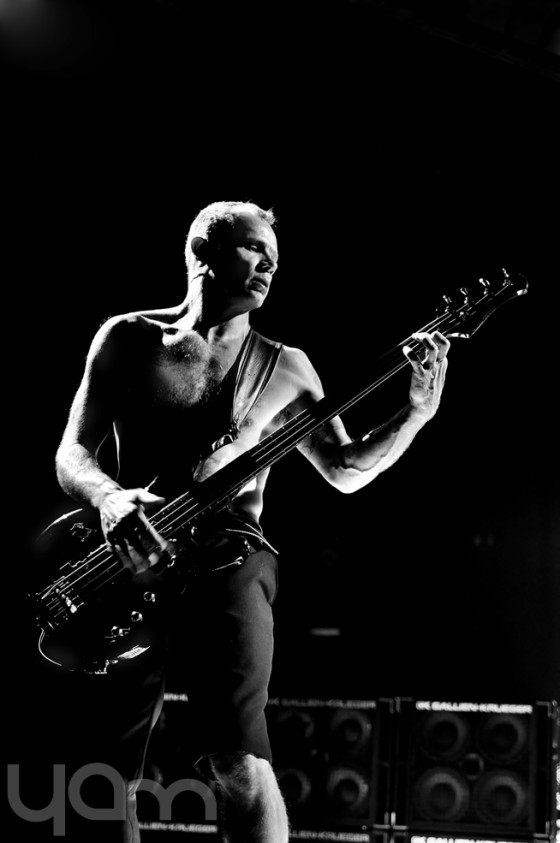 The visit of the funk-rock mega band Red Hot Chili Peppers here in Sweden was quite a dramatic one. The band played two shows at the Ericsson Globe arena in Stockholm, and not many of the seats stood empty when the band played classic songs like Give it Away and Otherside as well as songs from their latest album, I’m With You.

RHCP vocalist, Anthony Kiedis, entered the stage wearing something that looked like a tuxedo jacket, a baseball cap and a T-shirt with the name “Sophie Sandin” written on it, a tribute to the girl who accidentally fell from a balcony during the first show and is still cared for at the hospital. Hence the dramatic visit.

Taking pictures of RHCP and standing an arm’s length from Anthony Kiedis and Flea was a cool thing to experience. The amount of energy those guys emit is almost contagious and when the photographers left the pit you could see the excitement in their eyes.

I was kind of jealous of the people in the audience when I had to leave the concert after about 12 minutes. I am sure they were given a nice and healthy dose of rock.

You can check a review of the band’s I’m With You concert in Lima, Peru.