The Fangirly Diary of a Geek Girl: Wicked and Divine adaptations~

Greetings, fellow fangirls and fanboys! This week we have had plenty of news about new comicbook adaptations, whether for TV or for cinema. Without further ado, here’s how the week started.

After all the drama, we now know we are indeed getting the Twin Peaks revival. And they did promise even more episodes that those originally planned. Yep, Twin Peaks now comes with 100% more episodes! Yep, 18 to the original 9.

And talking about more episodes, Agent Carter Season 2 also comes with more episodes compared to Season 1. OK, it’s just 2 more for a grand total of 10 episodes, but still! Having Hayley Atwell for two more weeks in actually fantastic! And she herself revealed this piece of news at a Q&A panel at Comicpalooza. Here’s what she had to say about Peggy Carter’s development in the new season:

She’s grieved over Steve and she’s now about to embark on a new adventure in her life. So she’s in a much better place. So in terms of where she is, it’s going to be a lot lighter for her; there’s going to be more humor to her, more warmth. She’s not struggling so much with her identity.

John Williams said that his score for Star Wars: The Force Awakens will reference The Classic Themes, surprising no one. I mean, come on, the original Star Wars trilogy music iconic! There must be a hint of it somewhere!

Both Entertainment Weekly and Empire Magazine gave us their “first look” at Ridley Scott’s The Martian. It’s about Matt Damon once again getting stranded in space. Thankfull, this time is closer to home, and not in another galaxy. 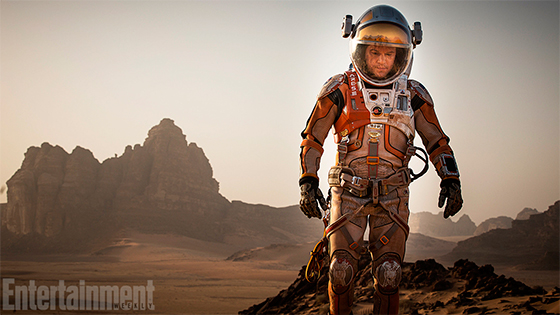 Tyler James Williams just straight out confirmed that Jaden Smith is going to be Static Shock because nepotism. Nothing has been confirmed yet. Maybe he’s talking about that old rumor. But if it turns out to be true, yep, nepotism. It’s not that like can’t find a good young black actor. It’s not like Jaden Smith draws audiences!

Bryan Fuller talked about Hannibal Season 3, but speacially about the new villain of the last half ot the new season, the Tooth Fairy. Originally, Fuller wanted Lee Pace for the rule, which would have been a nice reunion from Pushing Daisies. Sadly, Pace had a job already at Halt and Catch Fire and it was not meant to be. In the end, also awesome (and Lee Pace’s fellow actor from The Hobbit films) Richard Armitage took on the role. Richard won over Fuller with his nerdiness when he send the showrunner“several of his journals which detailed how he was approaching the character”. Fuller is quite happy with how things turned out:

As the premiere date of Jurassic World approaches, Universal unleashes as much publicity as it can! Here are 24 hi-res stills, a featurette, dino promo art and a poster. I kinda dig that poster. Run, airbrushed Chris Pratt, run! 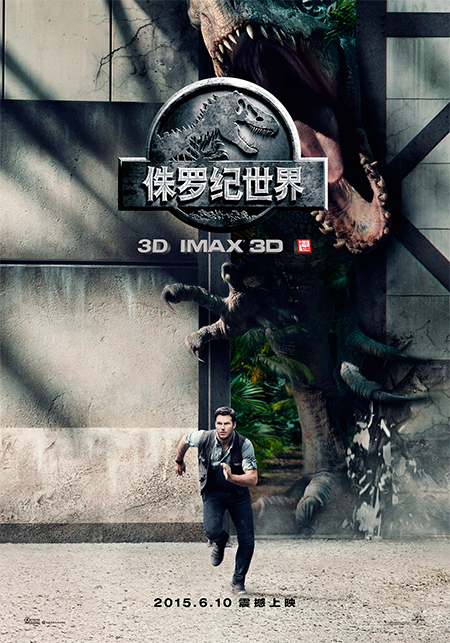 Channing Tatum talked about Gambit, the X-Men spin-off about one of my first mutant crushes.  I am still not happy with the casting, but oh well. Dude talks about how he related to him, and how the script is moving on:

Josh Zetumer just turned in the first draft of the script, and it’s killer. None of us were sure how he was going to deal with the X-Men world. But we’re going to be changing some of the tropes of these movies. It’s always about saving the world (Laughs), but maybe we’re going to shift things a little but. There’s so many ways you can take [an origin story]. You could do it like Batman Begins, or a different take and go the Guardians of the Galaxy route. All I can say is, I’m super excited.

Empire officially released three stills from Ant-Man and I still find pictures of Ant-Man and baby ant adorable. And BTW, Scott Lang shall always wear his costume (and specially his hat) when he’s shrinking because science!

When you shrink, the molecules in the air are too big for your lungs. He has to be fully contained or he’d die. 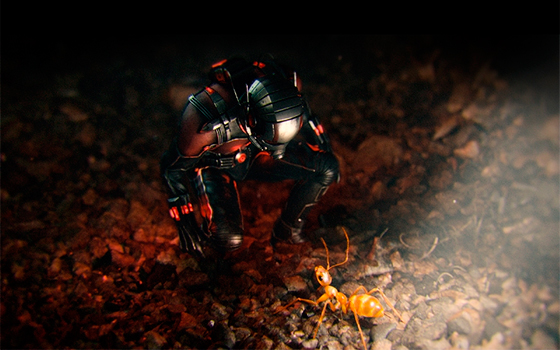 Harley Quinn was going to have a larger role in Arrow, but once again DCCU goes out of his way to screw up their TV series. Like when they picked another dude to play The Flash besides the one they already good for their series. So yeah, no Harley Quinn on the TV because are watching her in Suicide Squad. I mean come one, DC has let Katana be in Arrow and Suicide Squad! Why not Harley Quinn!