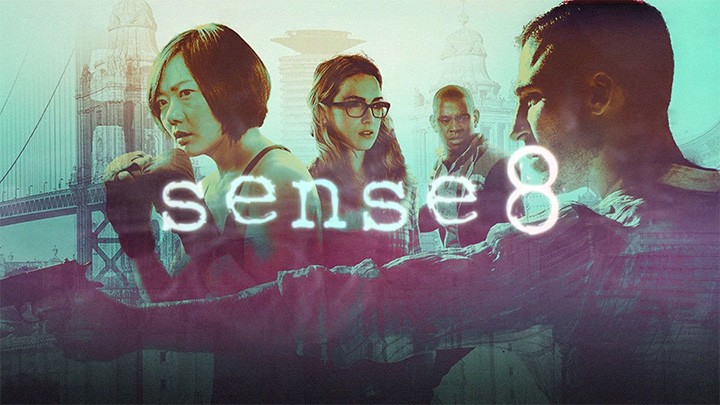 I’ve had to mull things over, but I think I’ve finally settled on the aspects I liked of Sense8, and what I didn’t care for. Though my generally-busy elder cousin is oblivious about what’s coming out at the cinema, let alone television, he was giddy about the trailer for the series. I feel he might be disappointed when he realizes it’s going to be more Cloud Atlas than The Matrix. Though I do feel like giving a mad shoutout to the Wachowskis for throwing Doona Bae into the (sorta) mainstream.

Though I love the cultural hodgepodge and the gender diversity, the pilot becomes a challenge to go through. There’s a LOT of information, and setting up an ensemble of eight characters is difficult to pull in a 50min. episode, but it all pulls through by ep03 Smart Money Is on the Skinny Bitch, which finally showcases Sun Bak as the Hermione Granger of literal butt-kicking, coming to the rescue of -not only, but specially- Capheus, who on his own becomes the go-to-guy when someone needs escaping with a vehicle. Most people that were hyped with the Sense8 trailer, wanted their minds been blown away by exciting action. These two are my favorites when they’re apart or when they’re together. Bak’s family storyline brings, in my opinion, the most heartfelt moment with her father (Lee Geung-young) in ep09 Death Doesn’t Let You Say Goodbye:

When your mother was alive, I was a better person. She made me better. When she died, I thought that part of me died with her. But it didn’t. It is right here. My company, my wealth, even my reputation is meaningless without my daughter.

Capheus’ own story with his mother (Chichi Seii), her struggle to keep them together and alive, and his generally upbeat demeanor (with the Van Damn!) are all good elements juxtaposed to Sun’s.

My third favorite character is Wolfgang because I’m a sucker for dark brooding characters. I’m not entirely in love with Wolfgang’s relationship with Kala, but Riemelt’s and Desai’s chemistry works, and Kala’s introduction is bringing the whole spiritual/religious aspect to the show. I also enjoy seeing Nomi and Amanita (Freema Agyeman), even though their storyline was one of the most heavily connected to the conspiracy-theory mystery, alongside Will’s and Riley’s. It was intriguing (and maybe kind of spooky at first), but it played out really fast for me, so I also had a hard time going through the last episode of the show.

I did like everything that was in between ep03 to ep11 (including the What’s Up [MV] sing-along in ep04 What’s Going On?), so they must be doing something I like.

My biggest pet-peeve though, I do understand why they would be talking in English among themselves — despite the nudge of speaking Korean, Swahili, Spanish, German and Hindi for a moment — but I really think they miss a LOT of the emotional dialogues that would happen between these characters in their own language with their own environments. These characters interacting with their families and lovers, and not speaking in the language that they supposedly speak, it doesn’t compute with me any longer.

Needs more subtitled dialog [1]. You can’t tell me the Sense8 audience is less cerebral than The Americans, right?