During Sense8‘s bday (08/08), Netflix released a 15 minute special of Lana Wachowski, the cast and everyone involved in the show thanking fans for bringing the show back to life. So yeah, that #HappyBirthdaySense8 video was cute. There was also a bit of bloopers and a behind-the-scenes of the gay pride parades.

Here are some portraits of most of the main characters from Inhumans. There’s no Crystal, Maximus or the real MVP Lockjaw though. And that’s a shame. Here are Ken Leung as Karnak and Mike Moh as Triton: 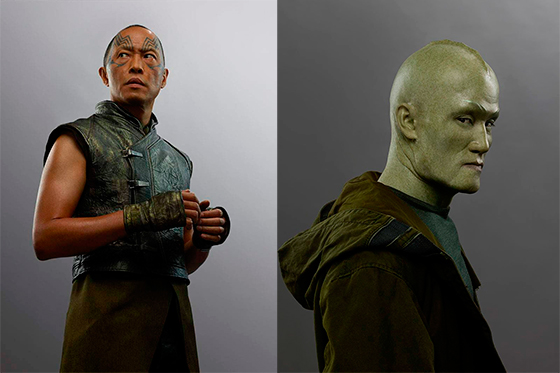 Welp, Judge Dredd: Mega-City One producers confirmed what Karl Urban mentioned a day before. That he is in talks to play Dredd again!

We have been in discussions with Karl about his possible involvement in Judge Dredd: Mega-City One for some time. These conversations continue but we’re keen, he’s keen – it’s just a case of us making sure this show is everything we want it to be.

But someone who is totally confirmed in a role is Milla Jovovich as The Blood Queen in the Hellboy reboot. Since we know that the film’s subtitle is “Rise of The Blood Queen”, it means Milla is getting the role as the main antagonist. Good for you, gal! 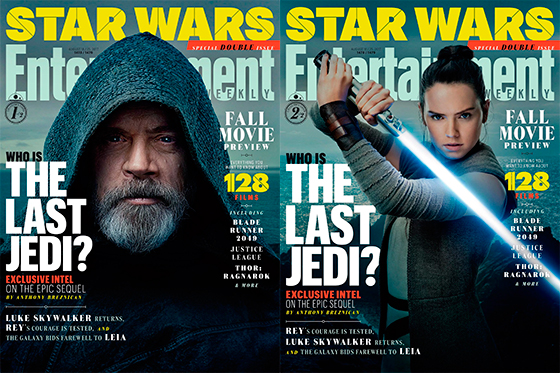 The first article was all about Rey and Luke, their first than stellar first encounter, and damn that first rejection hit poor Rey hard. But Luke, due to his mistakes with Kylo Ren, is kind of broken:

[Luke] made a huge mistake in thinking that his nephew was the chosen one, so he invested everything he had in Kylo, much like Obi-Wan did with my character, and he is betrayed, with tragic consequences. Luke feels responsible for that. That’s the primary obstacle he has to rejoining the world and his place in the Jedi hierarchy, you know? It’s that guilt, that feeling that it’s his fault, that he didn’t detect the darkness in him until it was too late.

The second article is all about how Finn actually became a big deal to the little people of the Resistance, and dude is having none of that and wants to bail out. On the other hand we have Rose, “this background player” who is starstruck by him… and in the end will help him stay in the fight. The third article is all the new creatures that lived with Luke in the island: the cuddly penguin-like porgs, and alien-nun beings known as The Caretakers. The fourth article was about Supreme Leader Snoke and his elite (and fancy!) Praetorian Guard.

In sad news for US citizens, Disney decided to end the contract with Netflix in 2019 to start their own streaming service! Not that I care because Marvel shows wills stay put, and this doesn’t affect Netflix Latin America at all (as reported in their twitter)! Woohoo! Here’s Netflix’s statement:

On better Netflix news, they have announced a Coen brothers anthology Western series! Yep, Joel and Ethan Coen’s The Ballad of Buster Scruggs will premiere in 2018. “The Western anthology will feature six tales about the American frontier”, and the Coens seems quite happy about it, with the statement: “We are streaming motherf—ers!”