Greetings, fellow fangirls and fanboys! This past week, EW regaled us with a Star Wars special, with a couple of covers, new pictures and 8 articles! Also, first looks, release dates, even more promos and possible cast choices. Here’s how the week started:

Here is the gag reel of Guardians of Galaxy Vol. 2, including Sylvester Stallone’s inability to say “ravager” and Kurt Russell nearly getting struck in the face by a camera and yet he didn’t move an inch. He is either very professional or has slow reactions. Here’s what James Gunn had to say about it:

The amazing thing about that moment is that Kurt did not budge. You look at him, and he’s such a pro, that he’s just standing there. Oh my god, it went way too close. We were just an inch away from him getting his face broken open and that would have been the end of Kurt Russell on Guardians of the Galaxy.

JL: What you’ve seen so far is something that’s unfinished. Once you’ve seen the whole finished product you actually do [understand]. […]

SS: [The hair]’s never been done before so there are going to be issues. There are going to be trial and tribulations. I think there was software that actually had to be built with it. If we only did things that were perfect we would never start and so it’s a phenomenal start.

Just as with Domino last week, Ryan Reynolds used again his twitter to give us the first look of another important (possible the second most import) character in Deadpool 2. Twice. Yep, here’s Josh Brolin as Cable: 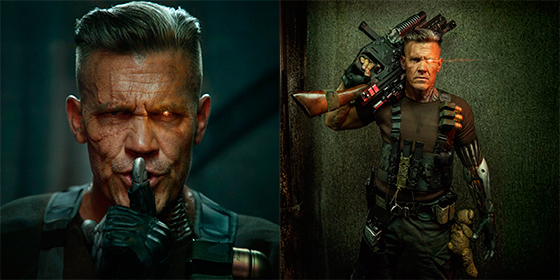 Other actors who are upping their twitter game are Chris Hemsworth and Mark Ruffalo. They each revealed the Empire’s Thor: Ragnarok covers of their respective characters! Empire also shared new pictures of Thor and Loki in their contrastic Midgard apparel, and of Jeff Goldblum’s The Grandmaster. 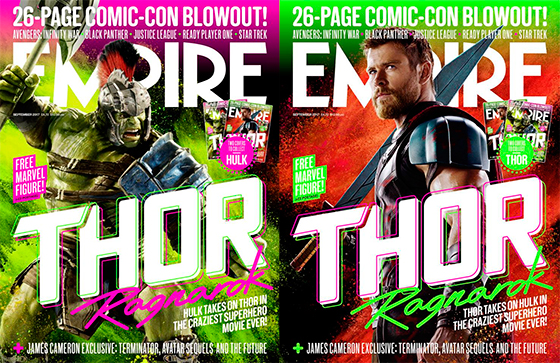 Here’s the full list of special features of the Spider-Man: Homecoming 4K Ultra Blu-Ray set. Lots of deleted and extended scenes… and most importantly, a gag reel!

Jeph Loeb continued talking about Inhumans, now revealing that their leader Black Bolt never speaks in the series. You know, because his voice would destroy everyone. Some have taken that to mean he never ever gets to use his powers in the series in a decent way. I mean, one thing is having no lines, and another is not having him more than an accidental grunt (as seen in the trailer) to display his abbilities. And the latter would be seriously lame!

When we first sat down and started talking about the role, we said, very point blank, ‘You have no dialogue, and you will never have dialogue. It’s not as though there’s a point where there’s going to be a secret operation. You’re going to have to find a way to communicate with your hands and your eyes and another way.

Well damn, Netflix acquired Mark Millar’s Millarworld, which means Netflix gets all his creations (like Kick-Ass, Superior, Wanted and more) to produce movies, series and even kids’ show based on his comics. I don’t know how they will manage the last one though. His comicbooks have never been PG. Or maybe there’s a couple of those. I can’t claim to be an expert on his work except for the most popular ones.

Batman VS. Two-Face, Adam West’s final voice performance as The Caped Crusader, and sequel to the succesful Batman: Return of The Caped Crusaders, finally got a release date! It is slated for Blu-ray release on October 17, and here’s the trailer! Also, the cover art: 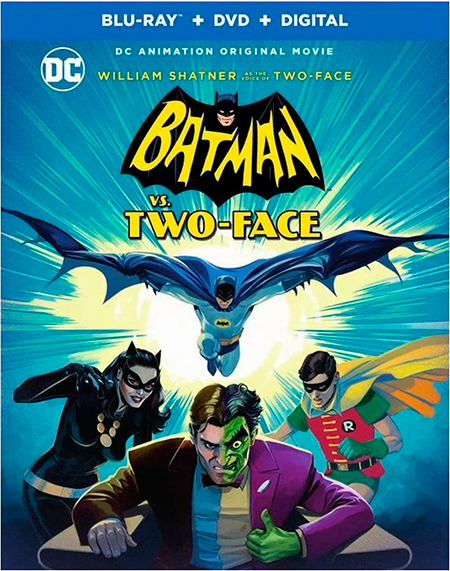