The day gave us a couple more Star Wars: The Last Jedi articles, courtesy of EW. The fifth article had all the Carrie Fisher feels and is all about Leia Organa, and also her relationship with Poe Dameron, whom she see as a surrogate son and potential leader. Well, considering how dissapointed her own son has been, can’t blame her! The sixth article shared some details on Benicio Del Toro’s character, DJ. Is he a villain, or is he just some antagonist/anti-hero who needs better clothes? He sure spends some time with Finn and Rose tho!

Avengers 4 has finally started production! So yeah, it ended up being filmed back-to-back with Avengers: Infinity War, and not simultaneously as it was initially expected.

According to Variety, Riz Ahmed is in talks to the Venom movie as a “popular Marvel Comics character”… which many talk to mean Carnage. The Hollywood Reporter said it’s totally not tho! That he “was considered for the role before script changes were made”, whatever that means. So, what’s the truth!?! I wouldn’t mind him in the role, even if I bet some fans will complain because Cletus Kasady (Carnage’s identity before the whole alien symbiote business) is another redhead~

There was a bunch of new promo for Fox’s The Gifted, including another trailer, stills and character portraits! Also, it was revealed that the lack of X-Men in this series about mutants is actually a “huge deal” and a “central mystery”.

In our world, one of the things we’ll be unpacking is the specific relationship of this group of characters to the X-Men. It’s in the trailer that the X-Men are gone. And that’s not a dodge, like ‘The X-Men are gone and we’re never going to mention them again!’ We’re going to be exploring it. It’s a huge deal to these guys. It’s a huge deal in the world. It’s one of the central mysteries of the show.

The final EW articles about Star Wars: The Last Jedi appeared. The seventh one was about Rey taking her first steps toward uncovering her family history. We will also find out a bit about Finn’s family… eventually. The last article was about the shadowy elements of film, from Kylo Ren’s recovery from humiliation to more of Captain Phasma, even poor Chewbacca mourning Han Solo.

[Justice League is] an interesting product of two directors, both with kind of unique visions, both with really strong takes. I’ve never had that experience before making a movie. I have to say, I really love working with Zack, and I really love the stuff we’ve done with Joss.

Here’s a brand new poster for The Defenders, very possibly the last one before the premiere on August 18th. 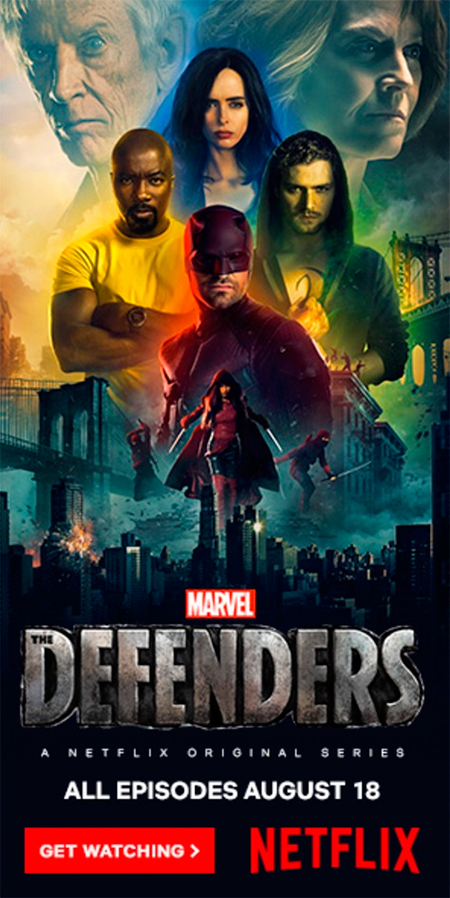 And we finish the week with the very first pieces of concept artwork for Judge Dredd: Mega-City One, showing off the futuristic city. The first piece is called Democracy March, and shows suspended streets filled with the hustle and bustle of everyday life. The next piece, Lowlife Arrival, features the deepest level of the city and what seems to be Judges in the background. 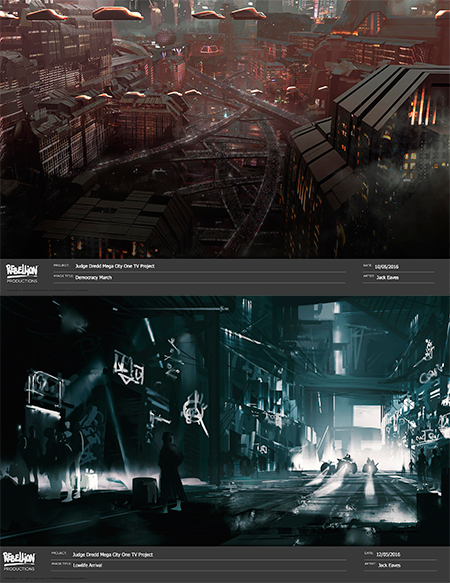