The Power of the Daleks is one of the most celebrated Doctor Who adventures. Sadly, no complete film recordings are known to have survived. The six-episode saga aired in 1966, but BBC destroyed its master negatives during an archive cleaning in 1974. Some short clips and audio recordings of the saga have been preserved, but the whole story has been missing. But now, BBC confirmed a new animation is in the works that’ll show Doctor Who‘s first regeneration (or “renewal” as it was called back then), of first Doctor, William Hartnell into second Doctor, Patrick Troughton… also, there are Daleks. Hence the title. So yep, this classic Doctor Who adventure will be released on November 5 on BBC Store, exactly 50 years to the minute after it was first transmitted on BBC One, and then on DVD. 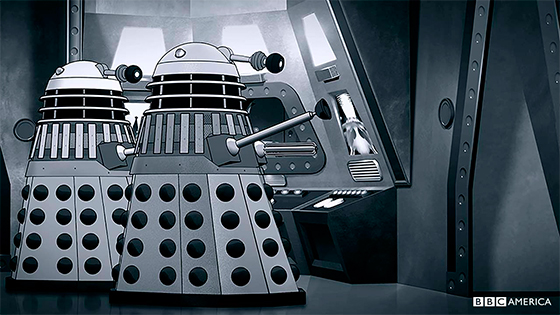 There will be comicbooks and novels of Star Trek Discovery! Kirsten Beyer, a writer and producer on Star Trek Discovery, didn’t give away any secret, but he did confirm CBS is partnering with IDW Publishing and Simon & Schuster to roll out these side projects.

Tired of answering the same questions over and over, Guardians Of The Galaxy Vol. 2 director James Gunn posted FAQ answers, just so he can link it to every one who asks again. Crafty! And yes, Vin Diesel is doing the voice of baby Groot!

Supergirl‘s Tyler Hoechlin said his Superman will actually symbolize “hope and optimism”… unlike that other depressed and desaturated Superman we know.

It’s Superman as I think he was intended to be, which is just an incredible symbol of hope to kids that they can do anything, that they can be good people, and that good people can triumph over evil. You don’t have to be dark and brooding and always in this state of masculine toughness. He sits in that very hopeful and optimistic place that Kara tends to be in.

Here’s a new clip from Luke Cage, and here’s another fight scene where some fool breaks his hand trying to punch him in the face. And when Luke asks “you want some?”, I kinda do.

Despite Suicide Squad‘s less than stellar reviews, the film has become the fourth most profitable movie of this summer. Only behind Finding Dory, Captain America: Civil War and The Secret Life of Pets, which were all well received by the critics.

The Naruto manga may have ended in 2014, but the anime Naruto: Shippuden is still going strong, and the story has continued on through Boruto (the son of the Naruto), who has feature-length film and a manga. We fans have thought it was practically given that the Boruto manga will have eventually an anime, but there has not been an official confirmation… until now! Kinda. A recent advert for Jump Special Anime Festa with a list of “screening anime” for the festival, and Boruto was featured. The tagline: “Watch next-generation ninja!” and both TV Tokyo and Pierrot are credited on the picture. The Jump Festa will be first held in Tokyo in late November, before moving on to other cities in December. We’ll see what happens. 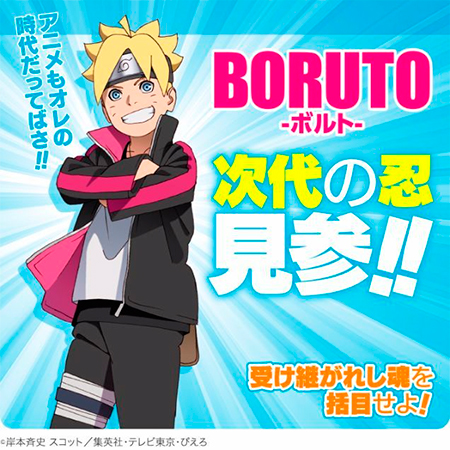