Star Trek is now 50! The very first episode, titled “The Man Trap,” made its debut on September 8, 1966 on NBC. And all the nerds (I mean Trekkies! Trekkers?) are celebrating this most fantastic of anniversaries! So here’s NASA’s salute, because if any bunch of nerds should have dibs on saying Happy Anniversary to Star Trek are those NASA nerds! I love them! Facebook also joined the celebrations with new Like buttons available for a limited time for “some Star Trek fans in the US and Canada” (boo!). Then, a Star Trek Bluetooth ComBadge was released, and OMG I want it in my life! We also got a couple of articles, listing Star Trek‘s “100 Greatest Episodes” by The Hollywood Reporter, and how Star Trek changed the world, by The Telegraph. Finally, we had a lovely 50th Anniversary trailer:

On comicbook TV show news, DC’s Black Lightning is getting his own show (or at least a pilot production commitment) thanks to Fox and Berlanti Productions. So, who’s Black Lighting a.k.a. Jefferson Pierce.? Well, he’s just one of DC’s first major African-American superheroes, back from 1977. In the comics, Jefferson has two daughters, both also superheroes: Anissa Pierce, aka Thunder, member of the Outsiders, and Jennifer Pierce, aka Lightning, from the Justice Society of America. Here’s what the show will be about:

[Jefferson Pierce] made his choice: He hung up the suit and his secret identity years ago, but with a daughter hellbent on justice and a star student being recruited by a local gang, he’ll be pulled back into the fight as the wanted vigilante and DC legend Black Lightning.

Damn, DC continues snatching actors from 2002’s Spider-Man for the DCEU! Now, Joe Manganiello (he was Flash Thompson) will play Deathstroke in Ben Affleck’s Batman film! That’s actually a great casting that became true. It’s not the first time Deathstroke a.k.a. Slade Wilson has become a live-action character though, we had Manu Bennett playing the character in three seasons of The CW’s Arrow.

But not everybody is interested in The Dark Knight, in fact crazy uncle Alan Moore is “really, really sick of Batman” (and comicbook characters in general to be fair). Alan Moore also confirmed he is retiring from creating comic books. Say what?! OK, his reasons are perfectly acceptable:

I think I have done enough for comics. I’ve done all that I can. I think if I were to continue to work in comics, inevitably the ideas would suffer, inevitably you’d start to see me retread old ground and I think both you and I probably deserve something better than that

Here’s our first look at Emma Watson as Belle in Beauty and the Beast. OK, it’s concept art only, but still! I’m glad there’s nothing Uncanny Valley like about her, but then again why it should be. She should be fully human throughout the whole film, right? 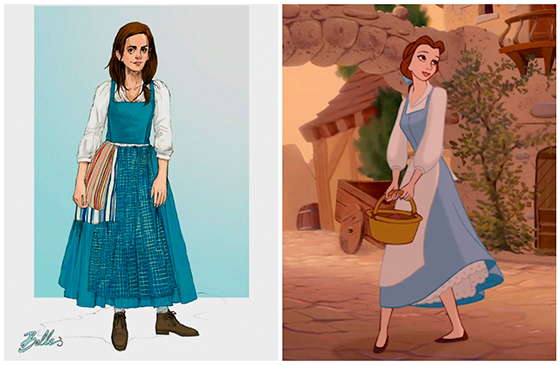 Despite The Killing Joke‘s less than stellar reviews, its limited theatrical release was a box office success (dammit, DC, I’m glad you are making money, but you need to step up your game!), and so WB and DC Entertainment decided to bring also bring Batman: Return of the Caped Crusaders to theaters for three exclusive showings on Monday, October 10. I hope they also bring that one to a theater near me. Something tells me I’ll enjoy it more than The Killing Joke.

Let’s finish this column with a picture of Jeff Goldblum prepping for Thor: Ragnarok (where he plays the Grandmaster) by reading old Thor comics. And I do love a diligent man. 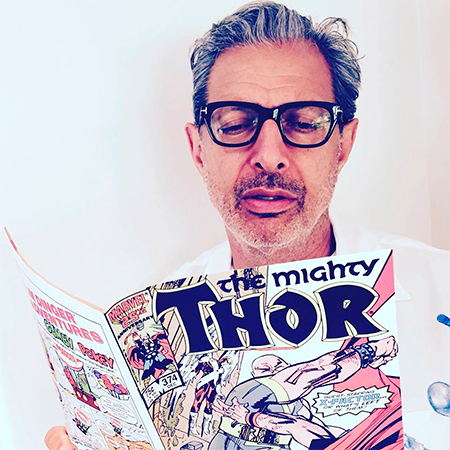 And that’s it for the week. Before I go, I want to wish Happy Birthday to Beyoncé, Michael Keaton, Naomie Harris, Idris Elba, Leslie Jones and Martin Freeman. 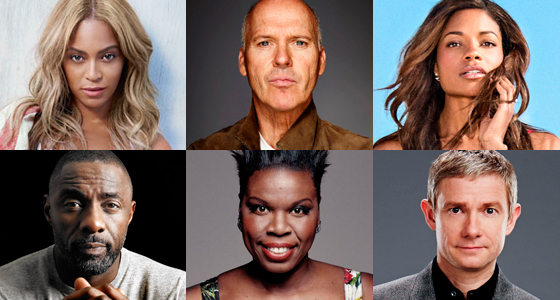