The Fangirly Diary of a Geek Girl: Treasures of Marvel~

Hiddles talks about the his favourite movie villains, who inspired his performance as that lovable little sh*t, Loki. I approve of his choices~

I’m standing on the shoulders of the villains I loved as a child and take my hat off to Jack Nicholson as The Joker in Tim Burton’s Batman, and I bow even lower for Alan Rickman in Die Hard and James Mason in North by Northwest. I mean, Alan Rickman, particularly in that film, was having such a good time and was so likeable.

There’s been talk about AMC developing a mysterious companion series for The Walking Dead, because profit! And The Hollywood Reporter had the idea to ask cast and crew about their ideas for a spin-off. I like many of their ideas, but I gotta say I love Michonne’s, I mean Danai Gurira’s, the best, if only for a mini-series:

I would love to see how the government responded to the outbreak and how it crumbled. The amount of security systems this country has to see that start: What was it? How did they find out and see them as they know it got out of hand. I’d love to go right into that situation room. You always want to know more from that. Cracking more into how that all broke down and what that looked like.

Ridley Scott said Prometheus 2 is totally happening, you guys! Be patient! They are just still writting the script! 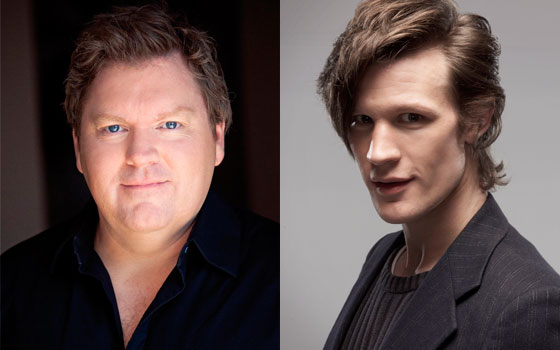 Let’s talk about news involving these two! Sorta. First, as it’s becoming traditional, BBC “Children in Need” telethon will have a Doctor Who segment. Nobody knows what it’s gonna be about though. If it’s gonna have Matt Smith and it will be related to the 50th Anniversary episode, or if it will have a bit of Peter Capaldi as the Doctor. Children in Need will take place on November 15th, a week and a day before the premiere of “The Day of the Doctor”.

And from The Hobbit: The Desolation of Smaug business (where Hunter plays Bombur, the dwarf), the movie gets multiple covers on Empire Magazine. An official one, where there’s too much photoshop on Martin Freeman’s face since he seems to have huge anime eyes, and four very pretty covers for lucky subscribers! There are also lots of new pictures inside the issue! 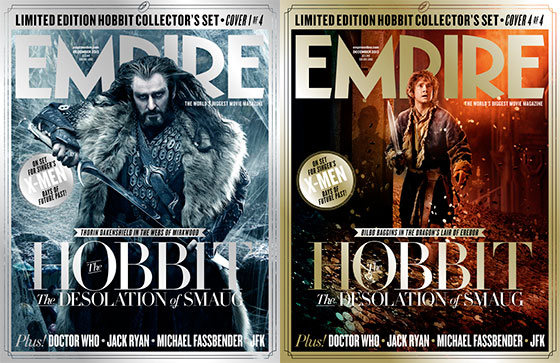 Bryan Singer has talked a lot about X-Men: Days of Future Past! First, to Empire Magazine, trying to explain how the time-travel works on the movie:

The time-traveller whose consciousness travels through time I call The Observer, and until The Observer returns to where he travelled from, the result hasn’t occurred yet. So he can muck about in the past and it isn’t until he snaps back that the new future is set. As a result, we’re able to have parallel action, and there’s an underlying tension because there’s always that threat Wolverine’s conciousness could return and leave the world in an even darker place.

He also answered fans’ questions on his Twitter, including the style of the movies, mutants (not) used, fun moments on set, and Sentinels! Also, he answered a curious question about who will he cast for a remake of The Usual Suspects:

And then, OMG we are getting a “Treasures of Asgard” exhibit on  Disneyland! But what’s the difference between that and “Iron Man Tech Presented by Stark Industries”? Besides being another Marvel hero that is. Well, Thor will be portrayed in-person, just like other Disney characters like Mickey Mouse or the Disney Princesses~ Yup, we are basically getting a good Thor cosplayer! Yay! 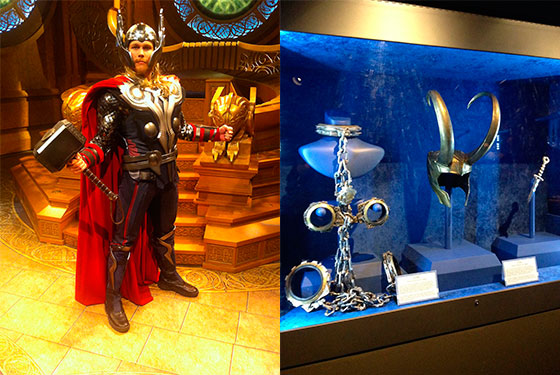