Greetings, fellow fangirls and fanboys! This week is mostly about geeky content diversifying throuh all media, such as comicbooks, videogames and toylines. Also, crossovers and the most interesting casting news the Power Rangers movie has had so far! Here’s how the week started:

Let’s start with the new teaser for Vikings, which premieres February 18! It’s called “Brother Against Brother”, and it looks intense! King Rollo flaunts his perfect flowing locks, unlike Ragnar who is still bald.

DC Entertainment will bring us an all-new line of comics based on classic Hanna-Barbera characters. Yep, we are getting Scooby Apocalypse, where Scooby and the gang will have to deal with a world where monsters are real, thanks to a nanite virus. Flintstones, which is basically the same, that is a satirical sitcom that uses the stone age to parody and comment upon the current world. Future Quest, where they mix up Jonny Quest, Space Ghost and Birdman, in various adventures in a new shared universe. Finally, Wacky Raceland, where it’s race across a post apocalyptic wasteland in search for a promised utopia at the finish line. Yup, all Mad Max: Fury Road style! 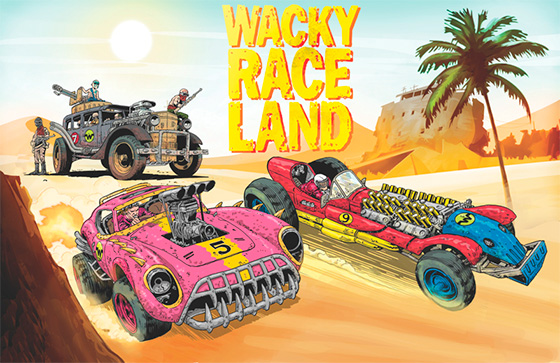 It’s time for Box Office News! Star Wars: The Force Awakens is getting closer to $2 billion in the Worldwide Box Office. At this point I doubt it will pass Avatar, but Titanic is still possible! Come on, guys!

Also, Kung Fu Panda 3 got $41 Million at the weekend box office in US. That means bye-bye to The Revenant as the first place. In fact, it made three times more, what with The Revenant getting $12.4 million.

DC films Batman v Superman: Dawn of Justice and Suicide Squad crushed Marvel on social media, which makes sense when both of them have had multiple trailers, TV spots and content released while Captain America: Civil War has only had the one trailer, and Doctor Strange not even that~

Rachael Taylor, who plays Trish Walker in Jessica Jones, said she’s totally down with playing Hellcat; which is the superheroine alter ego of Trish/Patsy Walker in comicbooks!

But of course, I mean, it would be amazing. I mean, it’s already a privilege to play a history that has so much lineage within the Marvel Universe. And to take it that one step further is something that, yeah, I’d love to get my teeth stuck into whatever happens to the character.

Deadpool celebrated the Year Of The Monkey, red envelope included, even if the film was banned in China. But hey, hello to other Asian countries and all the Chinese colonies in countries where Deadpool ain’t banned that slo celebrate the Chinese New Year!