Benedict Cumberbatch will definitely be Hamlet in a theather play at The Barbican for its 2015 season~ He supossedly agreed to a 12-week run, with at least six weeks of preparation and rehearsal time.You made it, my Posh Alien Prince! Also, man, beware of the rabid fangirls. This could possible be worse that Hiddles in Coriolanus, and The Barbican is larger than The Donmar Warehouse! Normal fangirls are nice though!

So, Andy Serkis will direct The Jungle Book for Warner Bros. And I know Hiddles has ties with Disney what with being Loki and being in a Tinker Bell movie, but I am sure he would love to be in it… or the other Jungle Book movie that is actually being made by Disney and has Idris Elba (also Heimdall) voicing Shere Khan. OK, I’m sure if Hiddles were in a Jungle Book movie it’d probably be Disney’s BUT I just want Hiddles and Serkis working together mmm’k? Either way, he should voice Baloo.

In sorta related news because Andy Serkis and LOTR/The Hobbit will be forever linked, here’s a rumor I want to be true: Enya could record the closing song for The Hobbit: There And Back Again… OMG DO IT!

Also, making me have a truly outrageous flashback, we could get a Jem and The Holograms live-action movie. Say what? And you know who’s in charge? We have G.I. Joe: Retaliation director Jon M. Chu, Justin Bieber manager Scooter Braun, and Paranormal Activity Producer Jason Blum. Say whaaaaaaaaaat? 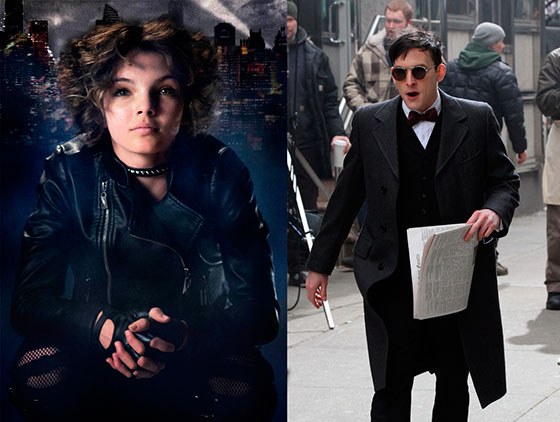 Michael Rooker talks about his character Yondu and his relationship with Chris Pratt’s Peter Quill in Guardians of the Galaxy:

It’s a beautiful story, a great uplifting story and I found the relationship between Quill and Yondu intriguing. He went to pick him up from Earth and for some reason he decided not to take him where he was meant to go and raised him himself. He made a connection with him, and Yondu now enjoys the fact that Quill has the courage to do his own thing.

Then Vin Diesel talked about Groot and what atracted him to the character, and how much meaning he could add to his one line of “I am Groot!”

How they were able to reinforce the theme, the meaning and the message of the whole movie in one line of character dialogue impressed me. And how that line translates in the third act is really going to be something that allows the audience to feel like they are part of this world and understand the stakes a what the characters are going through.

Being the mysterious (if you haven’t read the comics) antagonis in Captain American: The Winter Soldier, Sebastian Stan talked about Heath Ledger’s Joker as an inspiration~

I just always admired his performance and him as an actor… I can’t compare myself to anything like that. He is an inspiration. [The Dark Knight] was his most memorable performance.

Also, during a Captain America: The Winter Soldier junket, we had a friendly reminder that Samuel L. Jackson ain’t Laurence Fishburne~ 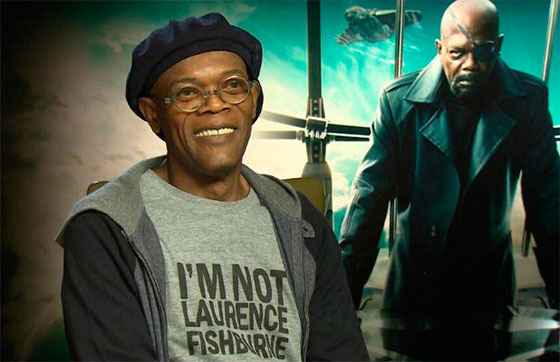 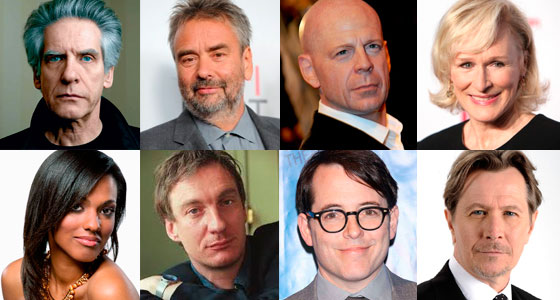