Greetings, my fellow geeks! Disney has given us the motherload of news this week! We have stuff from Marvel, Star Wars and Pixar! Of course, other geeky things happened too, and here they are:

Lego Doctor Who? Pretty please! A collaborative Doctor Who project by GlenBricker and Kaminoan reached 10,000 supporters on Lego’s Cuusoo site. Yep, Lego pretty much has to officially review and consider the set. And they are doing it! Let it happens, powers that be! 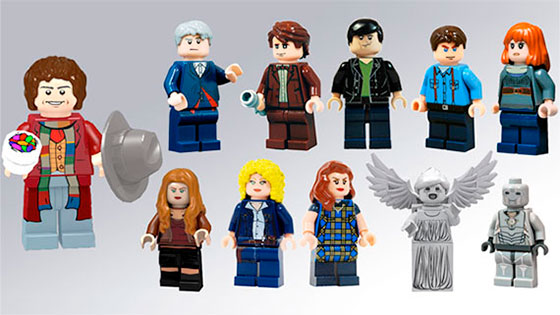 A couple of Fox’s Marvel franchises “upsetting rumors” that turn out are not true… or are they? First! Anna Paquin might not the only one who has been cut from X-Men: Days of Future Past, apparently Halle Berry has been cut from all her scenes but one. Of course, there are already some that say that is totally not true, but until we get a official statement, we’ll just have to wait until the movie premieres~

Now the Fantastic Four rumors, Bleeding Cool says that Fox has dumped the whole thing, including director, writer and possibly actors! Some people from other websites had said that it is false, but Bleeding Cool stands by their info.

On Marvel news that are true, Marc Webb says he won’t direct The Amazing Spider-Man 4… of course not! That’s when they’ll reboot it again, right? Or it may mean Sony will be bussy expanding their Spider-Man universe with the long promised Venom and Sinister Six movies!

Kevin Feige says they’ve been talking about a Captain Marvel movie… but talking is not enought dammit! Do something. Make it happen, dammit!

The Wizarding World of Harry Potter in Universal Orlando has expendaded and we are provided new details to their upcoming Hogwarts Express 7-minute ride~ Here’s what we will get as seen in the press release:

Looking outside your cabin window and enjoying a scenic, breathtaking journey through the British countryside as you encounter magical creatures, some of your favorite Harry Potter characters…and even Dementors…

Here’s a first look of Glenn Close as Nova Commander Rael in Guardias of the Galaxy! Also, some glimpses of other characters in an early look at the Marvel Studios: Assembling a Universe documentary~ 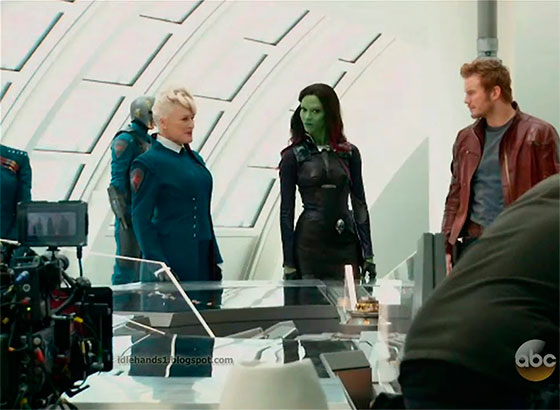 The guys from Captain America: The Winter Soldier talk about the Batman vs. Superman/Captain America “fight” on 2016. They are pretty confident Marvel is gonna win that one because duh! Sebastian Stan and Samuel L. Jackson are even a little mean on DC. Chris Evans is clueless and cute. And the winner is Anthony Mackie, who also talked why Batman is better than Superman.

Superman is kind of a square. I’ve always wished Superman was a brother. So, I think Batman has to because Batman is cooler! He has a lair, all the chicks, he’s stupid rich and he has all the gimmicks. He has Morgan Freeman! Done! Superman ain’t got no Morgan Freeman, you know what I mean? Done! Batman: 1, Superman: 0.

Ex Doctor Paul McGann approves of current Doctor Peter Capaldi! As he should ’cause Capaldi is made of awesome. Scary awesome.

He’s a super brain, Peter… he’s even won an Oscar as a director. He’s a brilliant man who can act brilliantly – he can also be funny, but he can be scary while he’s being funny and that might turn out to be the best combination of Doctor.