Batman V Superman: Dawn of Justice new trailer premiered, and as usual we geeks come with a detailed analysis! If there’s one thing geeks do, is overthink any piece of new info we’ve got!

Here’s the deleted scene of Loki’s Coronation in Thor: The Dark World, courtesy of Marvel Cinematic Universe: Phase 2 Collection! So, that’s where the fur scene from the trailer comes from! Behold Tom Hiddleston hamming it up as a Loki with serious issues, wanting to be just like Thor, red cape and Mjölnir included. Dude just wants to be “worthy”. But red ain’t your color, Loki, my man, specially when paired up with your green leathers. Too Christmasy. “What are you doing” indeed, Frigga! But also, “I’m giving the people what they want”. What kind of meta realness. And yeah, if I could play act my fanfiction I totally would too. Also, poor Hogunn, he ain’t in Loki’s fantasies either!

EW showed us 9 exclusive Captain America: Civil War stills… which, except for a couple of them, are in fact basically stills from the trailer and a full look at Black Panther. But behold Black Widow’s perfect new wig (finally!), and Sharon Carter’s questionable fashion sense (Peggy would never!): 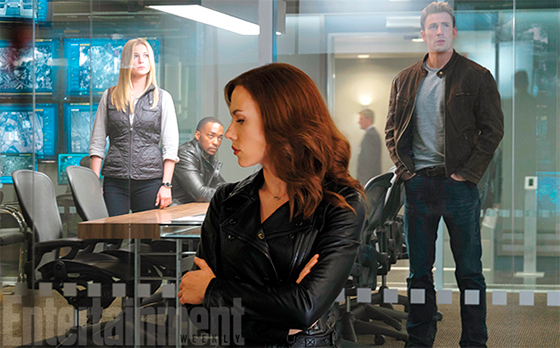 Continuing with all the info EW is uploading to the world about Captain America: Civil War, like The Hulk is totally not going to be in this movie (he’ll be in Thor: Ragnarok for some reason), Martin Freeman will be in more Marvel movies beside this one, Daniel Bruhl’s Baron Zemo goes by more than one name, and Spider-Man’s role in the film was sort of revealed by RDJ:

[Don] Cheadle and I are just going, ‘Wow, dude, look at this.’ We’re now like the old guard, and our storyline carries real weight just because of our history in the [canon]. But we’re also looking around like, ‘Who thought that Falcon and Black Panther and Ant-Man and now Spider-Man…?’ I mean it’s like wow, this thing is just crazy.

Luke Cage‘s first set photos: Mike Colter is looking mighty fine as the titular character, and we are happy to have Rosario Dawson as Claire Temple/Night Nurse once more! 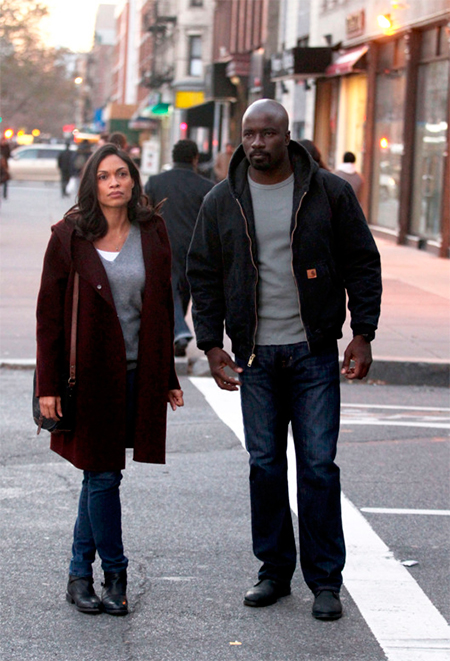 Star Wars: The Force Awakens cast got photographed for Time, and damn, that’s a mostly good-looking cast! Also, BB-8 and R2-D2, the real MVP of the franchise, got their own covers too! There’s also an interview with the photographer Marco Grob who said BB-8 has a “cute way of looking at you”, and he got “almost star-struck” when meeting R2-D2, as he should in the presence of celebrities~ 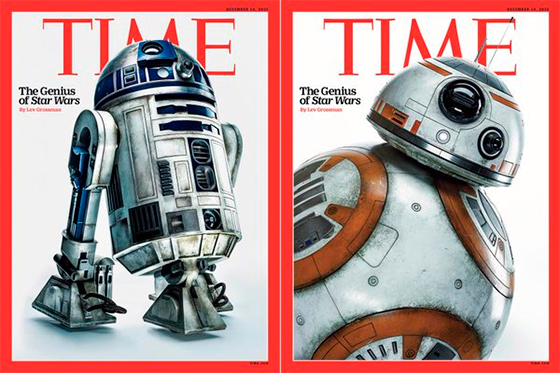 J.J. Abrams slamed those awful rumors that claimed he cut down Lupita Nyong’o’ scenes in Star Wars: The Force Awakens.

EW’s last three articles on Captain America: Civil War had Robert Downey Jr., Scarlett Johansson and Sebastian Stan as protagonists. In the first one, RDJ really laid it on thick about Tony Stark’s issues and how, despite, everthing, he agrees with him. Also, Chris Evans mentioned love and family, when talking about Cap’s feelings for Tony; it’s just that Bucky is his BFF and Tony can be kind of a dick. The second one has Scarlett Johansson talking about the possition of Black Widow in this Civil War, and she’s initially Team Iron Man, but what she doesn’t really want to pick a side, and besides she’s also smarting a bit with Banner away. Also, she’s kinda glad her character is being so scrutinize, as oppossed to a “meh” reaction. Finally, there’s Sebastian Stan talking about Bucky’s mental state and his relationship with Cap, how things won’t ever be the same. “He recognizes his past, but at the same time he’s sort of a new character, too”.

The CW released new key art for Legends of Tomorrow, and they are all there: The Atom, Captain Cold, and White Canary from Arrow, Heatwave and Firestorm from The Flash, newly-introduced heroes Hawkman and Hawkgirl, and time-traveler Rip Hunter. 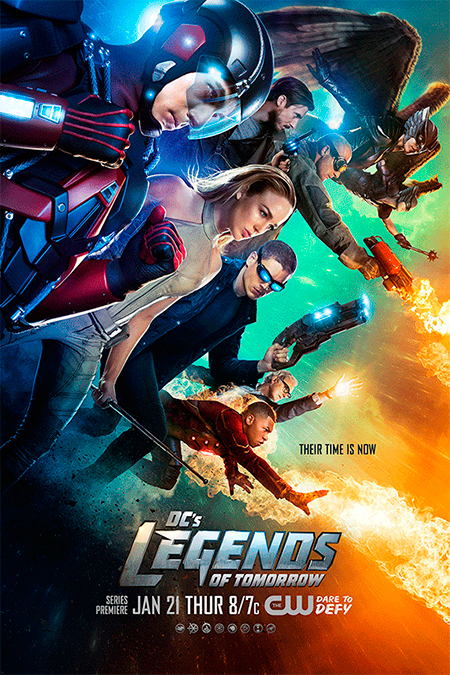